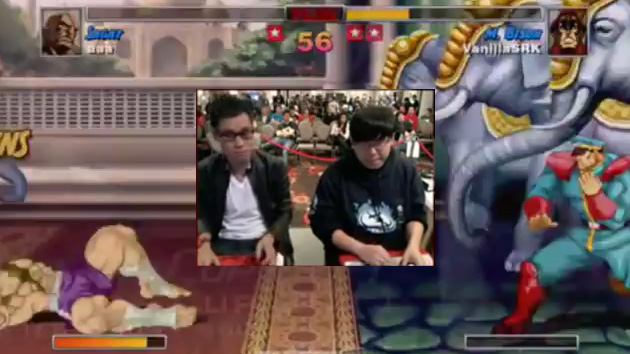 Real Deal (M. Bison/Dictator) got off to the shaky start after dropping the first game 0-2 against Justin Wong (Sagat), but managed to take the next three games, winning the first best-of-five series 3-1.

Coming from the losers’ bracket, Real Deal had to win a second best-of-five series against Justin Wong to win the entire tournament. Real Deal did not let up on the pressure and put in a remarkable performance in the second series, beating Justin Wong 3-0 in just under three minutes.