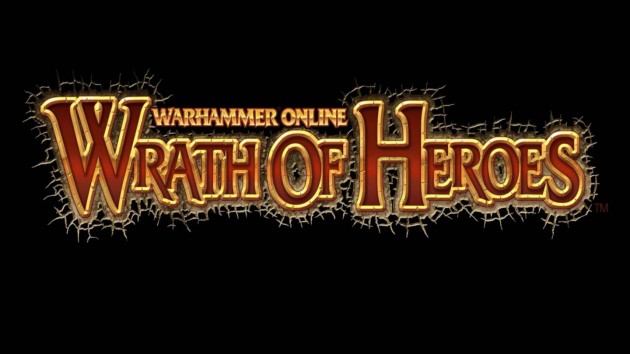 EA, Bioware and Mythic take on the rising popularity of the MOBA genre with their latest endeavor, Warhammer Online: Wrath of Heroes. As a former veteran and hardcore player of Age of Reckoning, I must admit to have had my reservations about the game. Still, I could hardly turn away the call to arms and was even more hard pressed to not give the game a try. Although it took a good long while’s worth of a wait, I finally snagged for myself a spot for their Beta 2 test.

Wrath of Heroes is a third-person arena-styled MOBA that pits three teams of players against each other in small scale PvP battlegrounds. Back in Age of Reckoning, players had the option to engage in large scale open-world RvR or, as an alternative, instanced PvP scenarios. With Wrath of Heroes, Age of Reckoning’s scenario feature has effectively been ripped out of the MMO at large,  scaled down and turned into its own bite-sized game. For the most part though, save for its third person’s camera perspective and a few added features adapted from its MMO counter-part, Wrath of Heroes’s gameplay model doesn’t stray far from most existing MOBAs out in the market today. 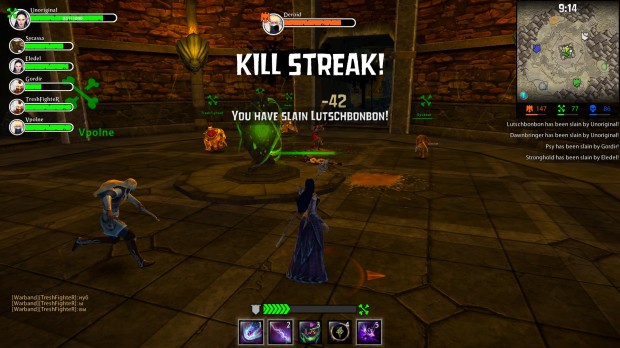 Playing Wrath of Heroes is easy enough. All you’ve really got to do is enter a queue, leap into the first scenario that pops, pick a hero that tickles your fancy and let battle be joined. Much like the scenarios of Age of Reckoning, success in Wrath of Heroes’ scenarios is largely determined by a team’s ability to crush their adversaries while fulfilling set scenario objectives (capture the flag, king of the hill, deathmatch, etc).

Compared to Age of Reckoning however, combat in Wrath of Heroes is noticeably quicker. In a very crude nutshell, you move fast, you kill even faster and when you finally die, you fall at the speed of light, figuratively at least. Pace of battle not withstanding, with three teams per scenario constantly vying for the win, the battlefield advantage shifts with every passing moment, so much so that one-sided scenario battles quickly become a thing of the past. With things moving at such an accelerated pace as well, you can expect to die quite a fair bit in the fray of battle. Fret not, however, as the customary downtime commonly associated with respawns and hero selection has been reduced to a minimum, so much so that you’ll never find yourself sitting on the bench. 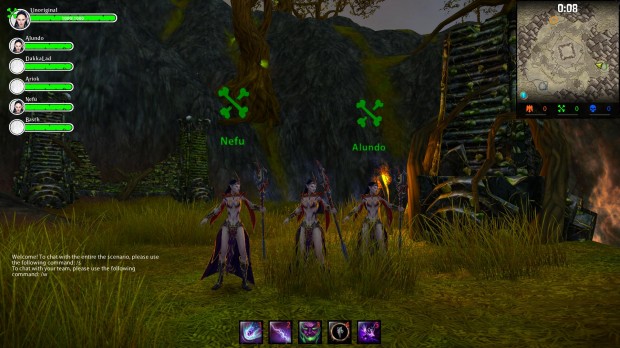 Having spent most of my available game time playing as the Sorceress, a class that I grew to love and master in Age of Reckoning, I didn’t leave myself with much room to fully examine each hero in this Beta stage. As such, I shall refrain from commenting on their balance and general prowess for now. What I will comment on, however, is the game’s lack of complexity and what I find to be a general disregard for Warhammer lore.

Although things may very well change once Wrath of Hero goes live, the game as it is doesn’t possess a great deal of depth, variety or customizability. Wrath of Heroes does grant you access to quite a decent selection of heroes. However, besides caving skulls and the mangling of an occasional limb, there’s really very little you can do with them off the field. From what I’ve gleaned from the Beta test, it seems that while you may toggle your heroes’ outfits or combat tactics (passive perks) as you level, you can’t experiment or toy around with a hero’s specialization, skill set or gear. Effectively, every hero’s skills and attributes, though uniquely designed to better accentuate his/her character, come preset and quite sadly, what you see as a standard template seems like all you’ll ever get to use, for now at least.

Also, save for its namesake and the aesthetic of its heroes and scenarios, the game doesn’t seem to make much of an attempt to celebrate the greater portion of what Warhammer really is or represents. For all the fast and furious thrills Wrath of Heroes effectively provides, it doesn’t make much sense for it to allow a team consisting of Skaven, High Elves and a Vampiress duke it out against a band of Orks supported by an Empire Warrior Priest. In that respect, Wrath of Heroes feels very detached from Warhammer’s lore and factions, coming off as little more than any other generic online PvP experience – shooter, MOBA or otherwise – that got conveniently layered over with the trappings of Warhammer Fantasy, on a very superficial level no less. 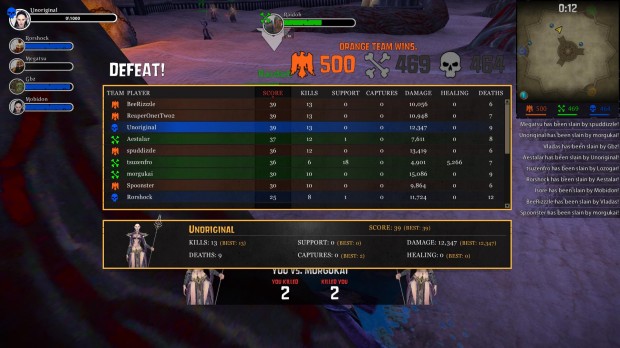 With the Beta 2 weekend concluded and done away with, I foresee Wrath of Heroes going through at least several more rounds of tests before going live, leaderboards and all. As far as I’m concerned, the game does its job in providing players with quick and concentrated doses of clean, violent fun in the form of action-packed PvP. If you were hoping for something more beyond that however (strategic or otherwise), you might just find yourself staring at a big fat nothing.

Personally, I wouldn’t deem Wrath of Heroes the ideal reiteration of Age of Reckoning, or a game that best carries the name Warhammer for that matter. Still, I recognize the game for its potential to improve and for now, I’m willing to give it the benefit of a doubt and remain comfortably seated on the gore riddled fence.