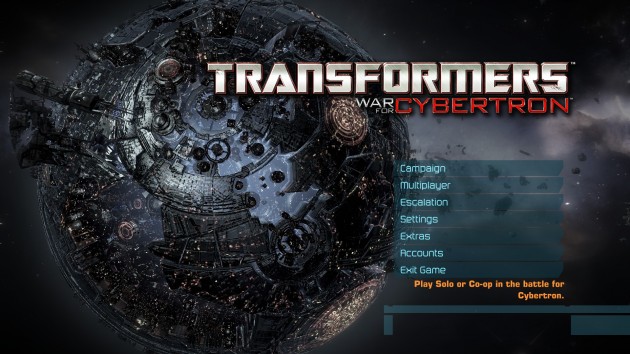 Nobody doubts that the main aim of the Transformers Generation 1 cartoons was to sell toys to kids. Still, the original series is held dearly by many kids of the 80s (or the 90s if you are outside the US) due to its combination of memorable characters, storylines, and great voice acting.

After witnessing this bastion of our childhood crumble under the clueless, disrespectful hands of Michael Bay, Transformers: War for Cybertron, surprisingly, manages to wash away the bad taint of the live-action movies.

At its core, WFC is an average third person shooter filled with the standard action-gaming variety of firearms (rocket launchers, sniper rifles, shotguns, etc.), plus the signature Transformers ability to change into vehicles – granting greater mobility required for some boss fights. 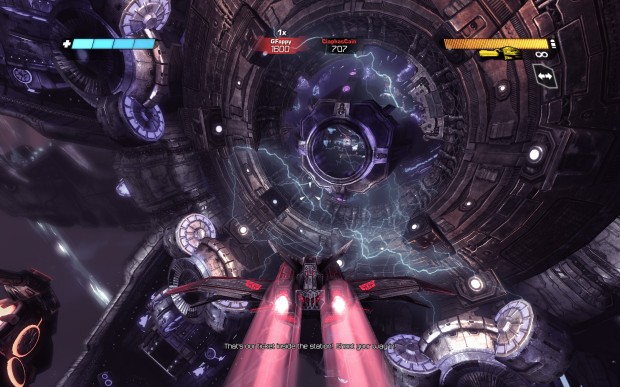 And talk about those boss fights. WFC features some of the most memorable videogame bosses in recent memory: Large, towering behemoths with overpowering attacks and Contra-style weak spots that must be targeted.

When played in the campaign’s co-op mode (which allows up to 3 players), it’s a fantastically fun experience that is both tactical and rewarding. You need to rely on teamwork to stay alive, and synergise your characters’ abilities and weapons to bring down your enemies.

The combat mechanics follow Halo’s rock-scissors-paper trinity of guns, melee, and grenades, each easily accessed via a simple button tap. You can also regenerate segmented portions of your health when not taking damage, and activate character-specific special moves such as Megatron’s life leech, or Optimus’ war cry, which provides a massive AOE buff to your allies. 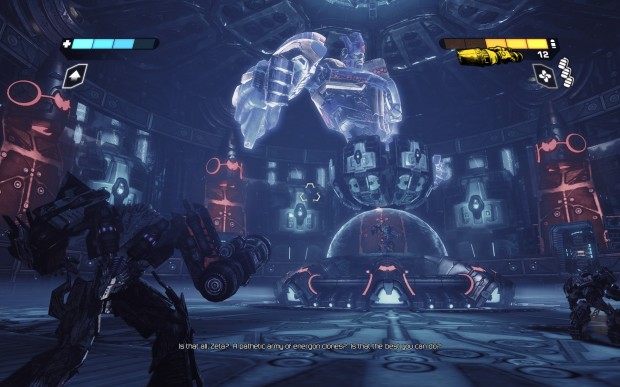 You should not attempt to play this game in singleplayer. Convince at least one other friend to buy the game, and have at least one human playing with you at all times via co-op. Your AI buddies are completely useless, unable to deal any damage to enemies, and will refuse to heal or revive you. Tackling the game’s harder stages and bosses solo, all by yourself, will be a futile exercise in frustration.

WFC does not strictly follow the original lore of the cartoons, and is intended to be a “retelling” of the main G1 story by Hasbro and High Moon Studios. Yet, the characters are instantly recognisable when compared with their G1 counterparts, through clever use of colour schemes and retaining the unique facial features of the originals.

Both the Autobots and Decepticons (Destrons if you are Japanese) look humanoid in their robot forms, leaving you with their robot attitudes to differentiate between the two factions. Personalities have been preserved from the G1 series: The heroic, paladin-like, Optimus; The seasoned combat veteran, Ironhide; The treacherous and conniving Starscream; and of course, the arrogant and brutal Megatron. 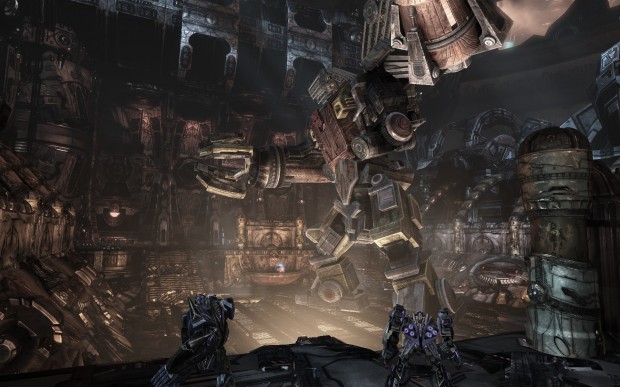 There are also the little things that G1 fans will recognise: Empty Energon cubes moving out from Soundwave, the Matrix of Leadership, and the tribute to Stan Bush in the credits. Peter Cullen, as always, lends his voice work for Optimus, although Frank Welker, for whatever reasons, has not been cast as Megatron.

In a nutshell, WFC is a refuge against Bay’s abominations and an example of how Transformers can be “modernised” without sacrificing its tradition. Fans of G1 will find an enjoyable game, the nostalgia and lore outweighing the negatives. But be warned, those who do not care about Transformers will likely find the game to be a bland and dull affair. 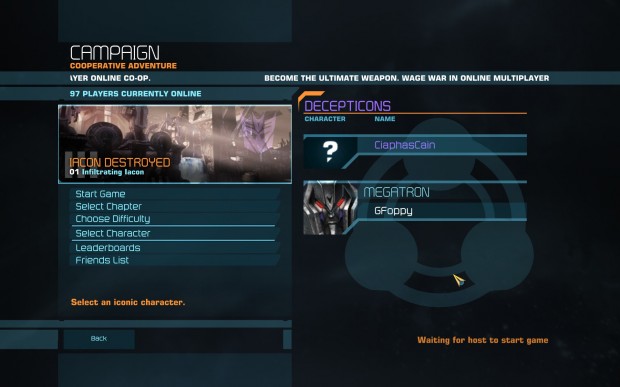 About the PC port
The problems plaguing the PC port are inexcusable: The game is locked at 30FPS, and there is absolutely no way to remap your controls, regardless of keyboard or gamepad input. The PC version has no achievements or DLC unlike its console counterparts. There is also no dedicated server support for online multiplayer, which according to the WFC Steam forums, is filled with hackers and cheaters. High Moon Studios has no intention of fixing these problems, making the console formats of WFC the clearly superior version… if you can still find a copy selling for cheap.

Verdict: Rent it (with friends), or wait for PC Steam offer

Transformers: War for Cybertron is available on PC, Xbox 360, and PS3. The author played the PC version, completing the campaign on co-op mode with a friend on Normal difficulty, and tried out the multiplayer modes for about 1 hour. It is currently selling at US$29.99 for the Steam PC version.