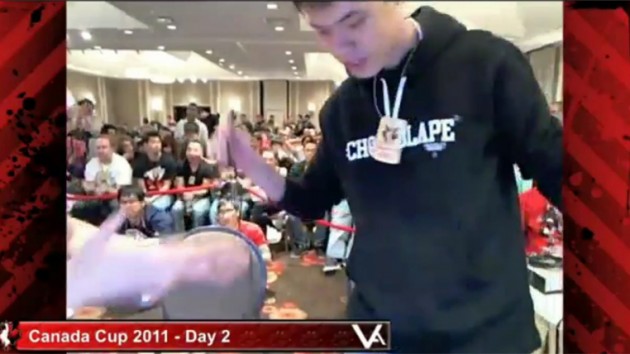 Leslie (Sagat), who had already lost once to Kazunoko (Yun) in the winners’ brackets finals, could not find any answer to the top-ranked Japanese player’s high-pressure rushdown play. Kazunoko steamrolled Leslie 2-0, 2-0, 2-1, with the Singapore player taking a consolation point in the final set by a double knockout in the only close round of the series.

Enjoy the videos of Leslie’s matches below:

SSF4AE: Gackt and Mango to represent Singapore in China [Updated]