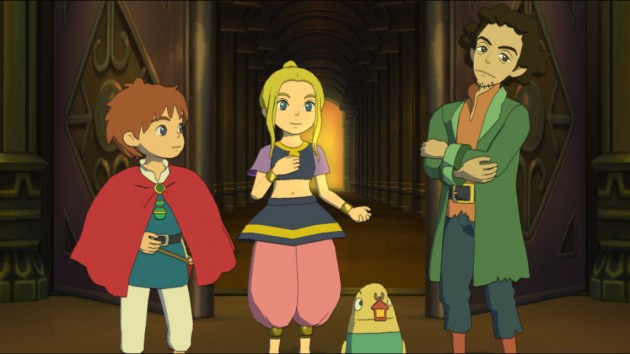 The Japanese version of PlayStation 3 game Ni no Kuni: Shiroki Seihai no Jyo-ou — also known as Ni no Kuni: Wrath of the White Witch — will be available in Singapore from 17 November as a standalone game or a limited edition PS3 console bundle.

The game itself has a suggested street price of S$79.90. The PlayStation 3 bundle, which comes with a 320GB hard drive and a magic bible game premium (no HDMI cable, unfortunately), will retail for S$580.90. 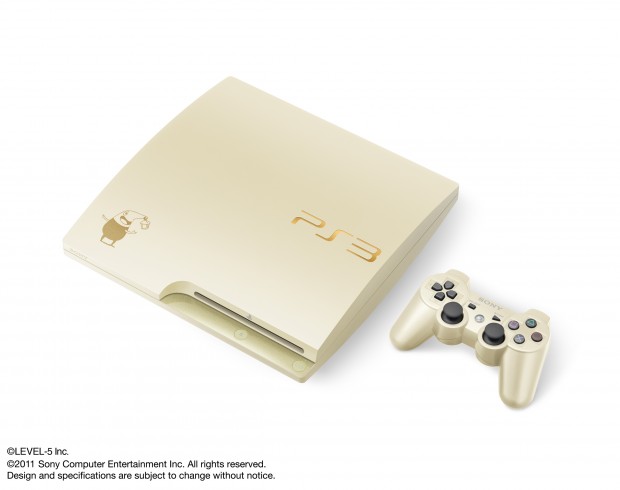 The Ni no Kuni PS3 comes in "Magical Gold". The fairy of tear, Shizuku, is logoed at the bottom of the face.

Ni no Kuni is a fantasy RPG designed and produced by Level-5 Inc., better known for the Professor Layton series of puzzle games. The game is animated by Studio Ghibli and scored by Joe Hisaishi, both giants in the Japanese animation world.

While this is all good for folks who can read and understand Japanese, others might want to wait until early next year, when a localised English version is due to be released in the West.

The Ni no Kuni PS3 comes in “Magical Gold”. The fairy of tear, Shizuku, is logoed at the bottom of the face.