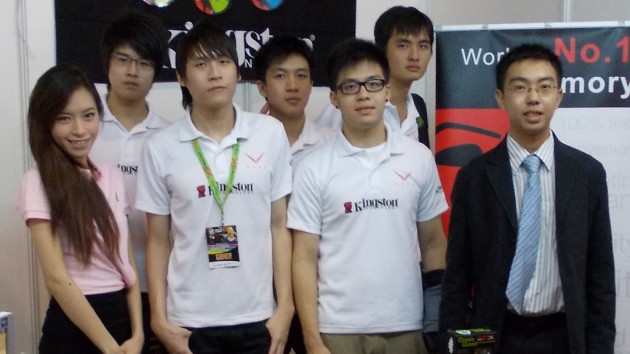 This weekend will see 12 teams from 11 countries participating in the World Cyber Games 2011 Asian Championship Dota and Dota 2 tournaments in Jakarta, Indonesia. One of the teams is Singapore representative AEON.Dota. I did a quick Q&A with their manager, Michael “XtReM1St” Phee, about the team’s preparations for the tournament.

What preparations did AEON.Dota make for the Dota 2 tournament?

We didn’t make any special preparations for the Dota 2 tournament as the announcement was made quite late. Most of the players took about a week playing public games to get used to the momentum of Dota 2 and we only had one full team training on LAN a few days ago.

This sounds bad, but at least most of the players are already used to the game. Three out of five of my players already had their Dota 2 beta keys about a month ago while the other two played their first Dota 2 game during our LAN training.

How familiar are the players with Dota 2? Do they find it any different from Dota Allstars?

Currently, most of the guys are already used to Dota 2 and interchanging between it and Dota without major problems. On the surface, it looks only like a graphical difference but in reality there’s a huge difference in terms of the feel and momentum in Dota 2. The shop purchasing system is slightly different and the gameplay feels… faster.

Luckily for us, training with both Dota and Dota 2 hasn’t provided any major problems yet. However, the main issue would be drafting in Dota 2, as there are still a lot of heroes not available to pick yet. As a result, we need to separate training schedules into Dota 1 and 2 as we simply cannot use the same draft in both games, and this is also partly due to the difference in game momentum.

What do you feel about your chances at the Dota 2 tournament? What are you aiming for?

After seeing the group draws (Group D: China (EHOME), Singapore (AEON) and Korea (BBJ)), realistically we’re aiming for runners-up position for both Dota and Dota 2. This is especially the case for Dota 2, since a few teams (EHOME, MuFC, Mineski) already had competitive experience in Dota 2 LAN tournaments.