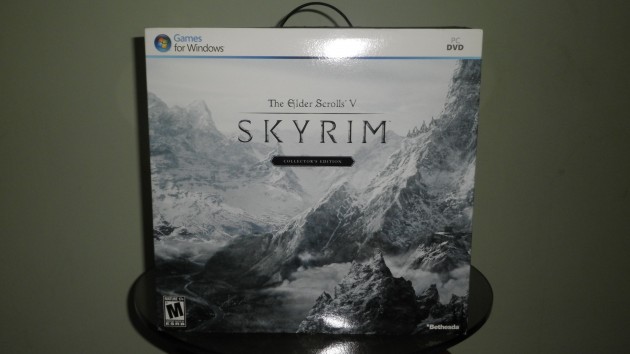 Long foretold in the Elder Scrolls, the day of Alduin’s return has dawned upon us. Only the most heroic and formidable of warriors may brave the bitter cold of the north, stand fast against the onslaught of the dragons and take for themselves the treasures that have been lost in the far reaches of Skyrim.

If you’ve yet to pick up your very own copy, it’d do you a whole world of good to know that The Elder Scrolls V: Skyrim, both standard and Collector’s Edition, is now available for purchase. While purchasing a standard edition of Skyrim for oh, say, S$60 to S$80 depending on your platform of choice is fine and dandy and all, that alone was just not enough to satiate the rabid Dragonborn in me. And so it was that after a painfully joyous parting of ways with the wad of cash in my pocket, I acquired for myself a copy of the highly sought after Collector’s Edition for Skyrim.

A fair warning to the weak of heart and low on change however, this massive beast of a Collector’s Edition comes at a very hefty price of S$249.90. For that amount of money, those of you interested in the CE will probably want to know exactly what you’re getting yourself into.

We start off with a huge box… 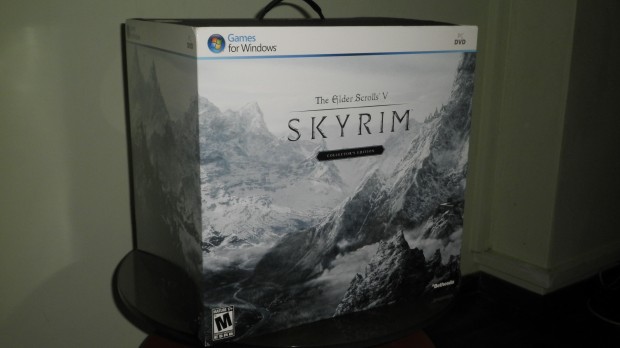 A very huge box. It’s essentially a large black box, with handle attached, sleeved with a cardboard cover that features some impressive looking artwork featuring the frosty peaks of Skyrim, the Dragonborn and the Throat of the World.

Upon opening the box, the very first piece of noteworthy loot you’ll come across is the Collector Edition’s Artbook. 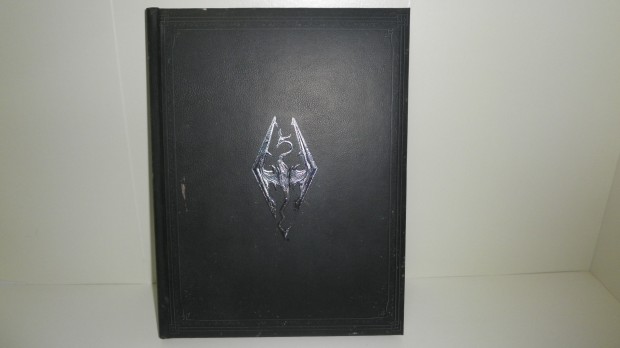 Skyrim’s Collector’s Edition Artbook is rougly the size of a standard table-top RPG rulebook and of extremely high quality, more so than I had initially expected. Its hard cover has been embossed in a material that makes it look and feel like worn leather and better still, is further emblazoned with the symbol of Skyrim.

The book’s wealth of content is substantial to say the least. It’s essentially a whopping 200 page collection of artwork and 3D renders featuring the myriad of locations, monsters, dragons and equipment you’ll encounter in the game itself. As an added bonus, the book features a foreword by Todd Howard himself along with numerous comments and notes by the game’s artist. 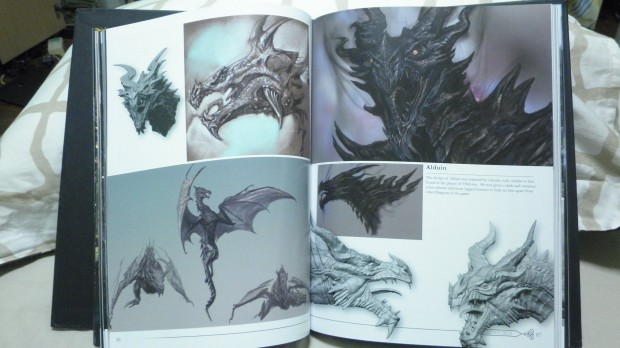 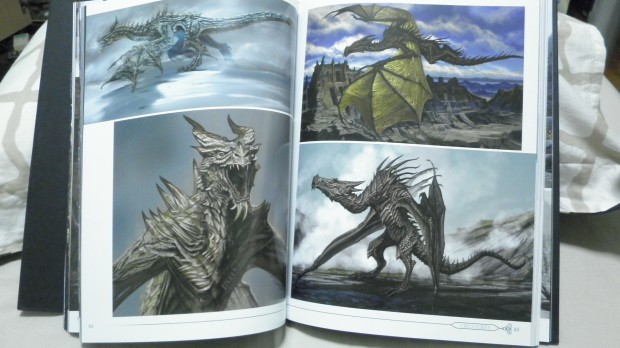 Next up: The DVDs! 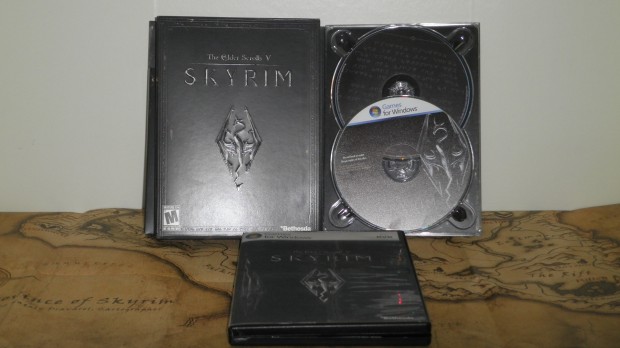 I haven’t had the chance to boot up the game or view the “Making Of” DVD  so I’ll leave comments on those two areas for later. Much like the Artbook, the DVD cover not only looks amazing, but is also embossed with Skyrim’s logo. Along with the usual assortment of game manuals and upcoming game promos and fliers, the DVD cover houses a nicely printed map of Skyrim, impressively textured to look and feel like parchment.

Moving on, we now bear witness to the unveiling of the crown jewel of Skyrim’s CE: The statue of Alduin. 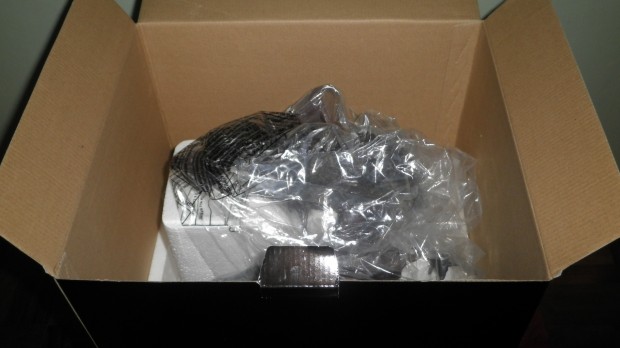 The ancient beast comes packed in yet another box that’s further lined by plastic and concealed/protected by a Styrofoam cover that, very nicely enough, has the game’s titled carved into it. A very nice touch, I must say.

The statue itself was modeled from in-game 3D assets and is made of high quality PVC. Fresh out of the box, the statue also comes in two separate pieces, namely the Dragon Wall that serves as a base and, of course, Alduin himself. While it didn’t occur to me to take any photos of it apart, here’s a drools-worthy series of photos featuring the full statue in all its glory. 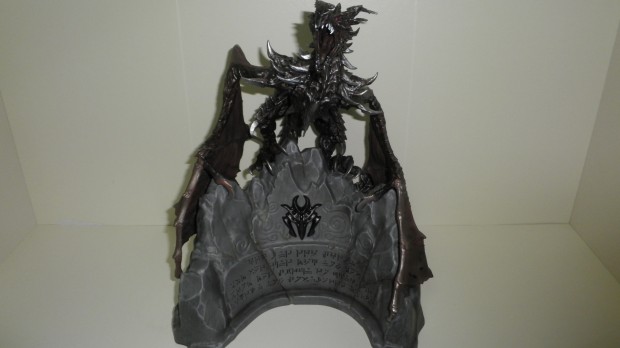 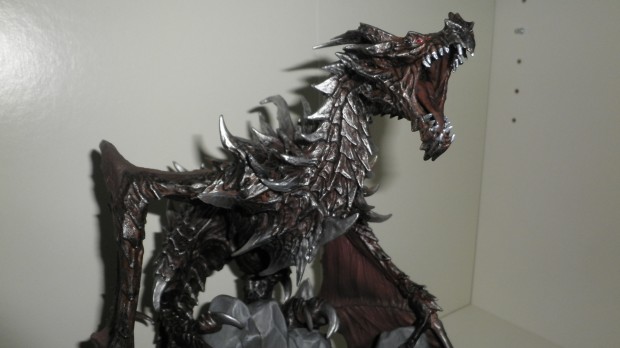 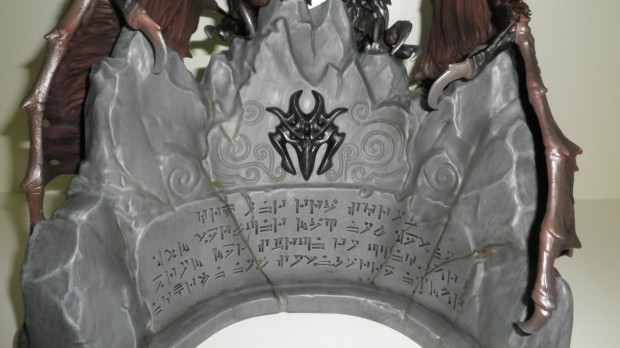 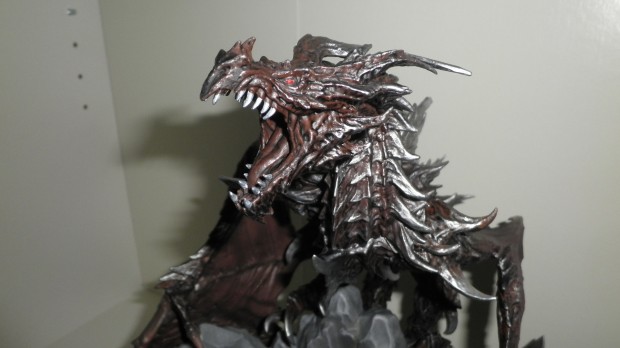 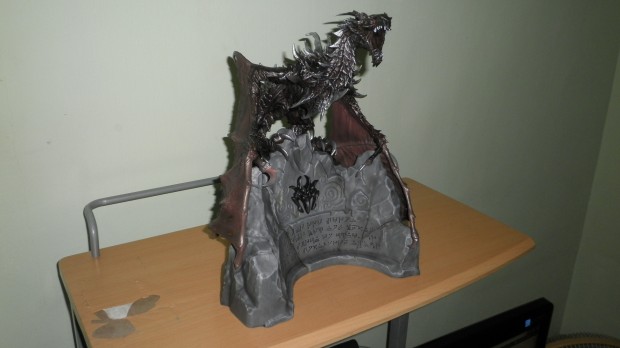 If that doesn’t even remotely impress you, then I don’t know what will. The entire piece is highly detailed, well painted, of very sturdy structure and as a whole, just plain awesome. Much like everything else about Skyrim, thestatue’s also pretty damned big. Here’s a shot of the statue placed next to Geralt’s Bust from The Witcher 2’s Collector’s Edition. 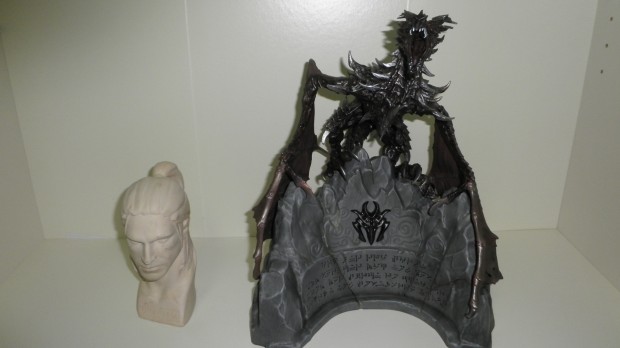 And there you have it, a quick tour of what Skyrim’s CE has to offer. I won’t lie to you, it’s crazily expensive, even when compared to some of them other CEs currently out in the market. For those of you out there who’re unfamiliar with the franchise or just looking to give Skyrim a shot this holiday season, the CE is definitely something I wouldn’t recommend. However, if you, like me, are a long-time fan and follower of The Elder Scrolls, then Skyrim’s CE just might be worth the huge hole it will burn in your pocket. If nothing else, that huge statue of Alduin will make for an unbelievably epic conversation starter.

Can your PC handle the Dragons of Skyrim?