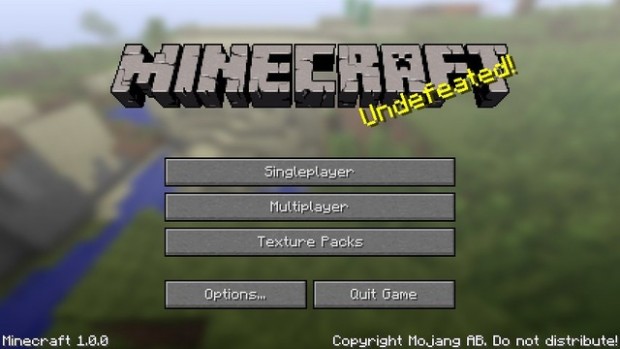 After two years of development and millions of dollars of sales (of an unfinished product, no less!), sandbox building game Minecraft has come of age and out of beta, receiving a 1.0 release.

What began as a one-man project by developer Markus “Notch” Persson and helped establish his independent game studio Mojang is now complete, with “The End” — an aptly-named end game realm if I say so myself.

The release was marked by Markus “Notch” Persson giving the Minecraft community a little pat on the back:

And Minecraft 1.0 is out. No longer beta. Thank you, everyone. =D