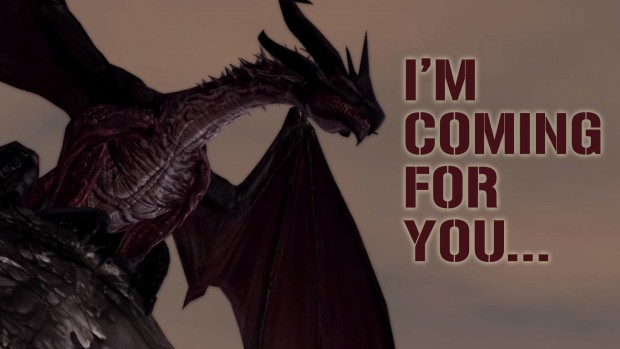 I don’t know about you but from where I’m comfortably sitting, dragons seem to be all the rage as of late. From the mighty Deathwing of Azeroth to the dragons of Skyrim, large fearsome flying reptiles seem to have taken center stage in the heart of the medieval fantasy genre. Well, not to be left out and all, guess which fantasy franchise is poised and raring to get in on some draconic action?

There’s apparently a rumor that Dragon Age will soon feature a multiplayer title or mode of some sort. Said title or mode is rumored to allow players to not only kill hordes of fire-breathing dragons but also allow them to BE a fire-breathing dragon! Not only that, said title or mode is rumored to be built using the very engine that brought us Battlefield 3, Frostbite 2 (think aerial combat). Details are far from being released or confirmed but according to what’s been going round, both PvE and PvP elements will be rolled out with this title, featuring an arena modes and possibly even co-op scenarios.

It does all sound rather exciting, doesn’t it?

I mean, we’ve all spent hours, days, months and years even filling the roles of countless heroes out to slay draconic beasts of yore. This time however, we might just get the chance to turn the tables on those pesky little humans. Still, I wasn’t all too impressed with Dragon Age 2 or Bioware’s showing in general so until we’re treated to something more substantial, this bit of news will remain a rumor that I’ll take with an extremely heavy pinch of salt.

CGS: The Sword slays the Dragon