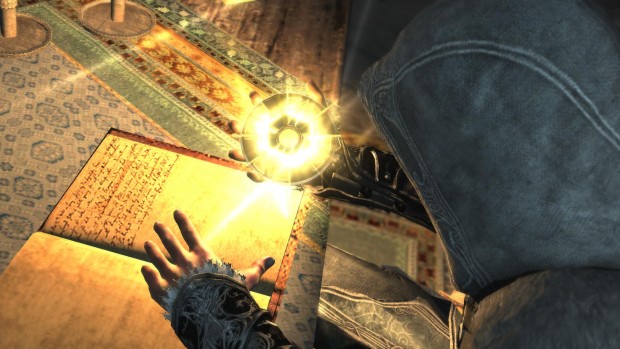 The conclusion of Assassin’s Creed: Revelations and Assassin’s Creed: Embers – an animated short -, happily wraps up two major story arcs of the game, namely the lives of Altaïr Ibn-La’Ahad and Ezio Auditore da Firenze, both of whom were excellent characters and brilliant Assassins in their own right. With all that said and done, we now look forward to 2012 and speculate at what Ubisoft and the series has lined up for us.

For starters, Ubisoft CEO Yves Guillemot confirmed early last month that yes, the Assassin’s Creed series will receive at least one major full-fledged title in the year of 2012. Details are sparse so what this means exactly is up for anyone’s guess. Presumably, this major title will take the form of Assassin’s Creed 3.

To add on to that first bit, a hint was dropped back in October about the Assassin’s Creed developmental timeline, indicating that Ubisoft will likely have something major scheduled for December 2012. Whether this possibly hints at a rough release date for Assassin’s Creed 3 or a DLC of some kind also remains to be seen.

Additionally, a market research survey that questioned its participants for their preference in location for the next Assassin’s Creed title recently surfaced. Among the options were: 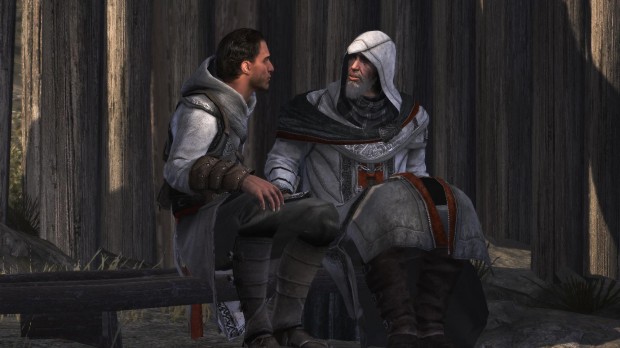 Here’s what I think:

As far as rumors and speculations go, nothing has obviously been confirmed. What we do know however is that in whatever Assassin’s Creed title that comes next, we’ll be seeing a brand new Assassin hero set in an all new time setting and locale. Off the top of my head, I can think of only three “past” characters that we know of that could possibly fill in as a lead protagonist.

First up, we have Claudia, Ezio’s much beloved sister. I find her a likely candidate for the next AC poster-girl ’cause it seems only fitting that she be the one to fill Ezio’s shoes and continue the saga of the Auditore Assassins. And if you think about it, Claudia, as part of the House of Auditore, possesses the genes of both Ezio and Altaïr. However, she’d easily fall out of the picture as well should the next game gun for a total “reboot” of the franchise and is set in a country far from Claudia’s comfort zone.

Next, we have Darim, last seen in Revelations departing from Masyaf and en route to Alexandria, a possibility that might coincide with the third survey option as listed above. As one of Altaïr’s sons, Darim may have possibly been a direct ancestor of Ezio and in turn, contributed to Desmond’s genetic memory.

Along those lines, Sef too might constitute a possible candidate, especially when one considers the short bleeding effect induced interlude in Assassin’s Creed 2 that hinted at Sef’s conception and his possibly direct relation to Desmond. This theory, however, might not hold well especially considering Sef’s early death during Abbas’ coup. Sef’s other descendants, however, are still up for contention.

Finally, and this will come as a bit of a stretch, we have Shao Jun, the female Assassin from China who traveled to Italy in search of Ezio’s wisdom. I’m personally inclined to believe that Assassin’s Creed: Embers did more than just bring closure to the life story of Ezio Auditore. This may come as a bit of a spoiler but at the end of the animated short, Shao Jun is given a lock-box of some sort that Jun was to bring with her, back to China, and not open unless she had “lost her way”. Additionally, Shao Jun did speak with Ezio of the trouble her order of Assassins faced in China, which, when combined with a plot surrounding Ezio’s lock-box, may serve well as the storyline for Assassin’s Creed 3, considering the first survey option I put up earlier in this post.

As for Desmond, at the end of Revelations the man claims to know what needs to be done. Once again, “what” Desmond refers to exactly is up for anyone’s guess. Considering how Desmond’s mind came damned near close to shattering in Revelations, he may not necessarily be fit to be strapped back into the Animus. That being said, we also don’t currently know of any other of Desmond’s ancestors prominent enough to fill the gap that Ezio and Altaïr left behind which would root out the need to have him re-enter the Animus anyways. Regardless, Desmond will very likely play a bigger role come the next Assassin’s Creed as the time for exploration and discovery has come to an end, making way for the need to end the war with the Templars and save the world. Honestly, I wouldn’t be surprised to see the next Assassin’s Creed be set in modern times, in which Desmond actively pursues the secrets that were hinted at and left behind by Those Who Came Before.

What about you? How do you think things will play out come the next major Assassin’s Creed title? Will we assume the role of yet another of Desmond’s ancestors or will we be introduced to something completely new altogether? Let us know in the comments below or via e-mail. We’d love to hear your thoughts.

In all things, always remember: Nothing is true, everything is permitted.