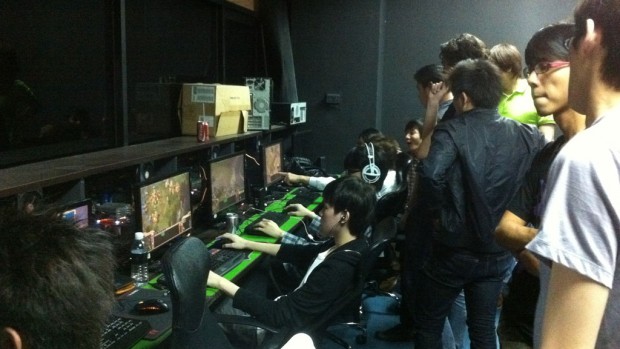 The tournament was organised by BarCraft Singapore #1 organiser Alexandre “Frogmite” Dumont. A total of 29 players participated in what was the first community-organised offline StarCraft II tournament in Singapore since shoutcaster Joseph “HDPhoenixx” Chan closed Mothership Studios due to work commitments.

Due to a late start and a lack of time, the double elimination tournament format was abridged to best-of-three matches in the winners’ bracket while only being a best-of-one in the losers’ bracket. Most participants took this change graciously and the tournament concluded without incident.

Here are the results and the prize distribution breakdown:

We also managed to interview Flash e-Sports’s StarCraft II players, Ian “Muse” Ang and Marcus “Revenant” Tan, so stay tuned for the videos to be uploaded over the next few days!
Tweet