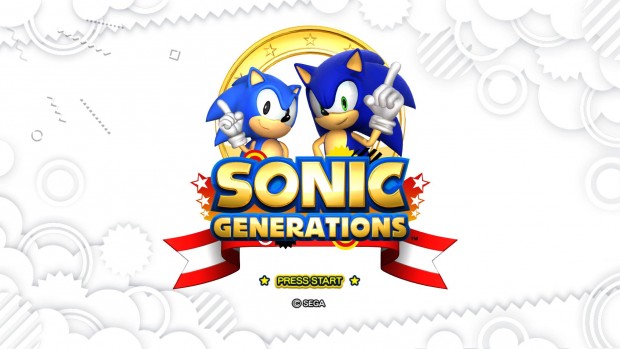 He’s blue, he’s fast and he’s rooted in the memories of gamers who were born in the 1980s and early 1990s. He’s Sonic the Hedgehog and if you missed the memo, he happens to be the fastest thing alive. If you’re too young to remember, Sonic also happens to be one of gaming’s most popular and historic icons. Heck, I’m sure that many of you out there will agree with me when I say that Sonic truly is nothing short of a legend. As it happens, this year marks the 20th anniversary since the spunky blue hedgehog first blazed into our lives and in celebration this momentous occasion, SEGA recently released Sonic Generations, the latest installment to a much loved and aged series of platformers. 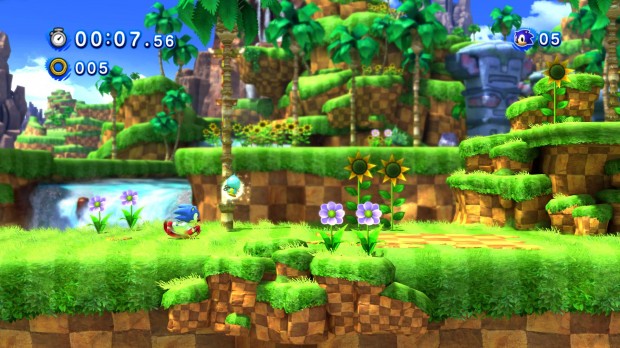 Sonic first captured my imagination when I was a kid and as much as he will forever remain one of my all-time favorites, even I am willing to admit that the franchise has seen much better days. Since Sonic’s shift to over-the-shoulder 3D gameplay, things haven’t exactly looked up for the series at large. Recent Sonic titles, though visually stunning, have mostly garnered harsh criticism for being excessively gimmicky and having “raped the childhood” of many a Sonic fan. If we’re going to be perfectly honest here – and oh how it pains me to say so -, for the past decade or so, Sonic games actually kind of sucked. With Sonic Generations however, it seems SEGA has finally gotten their act together and put out a Sonic title that, very surprisingly, isn’t half bad. 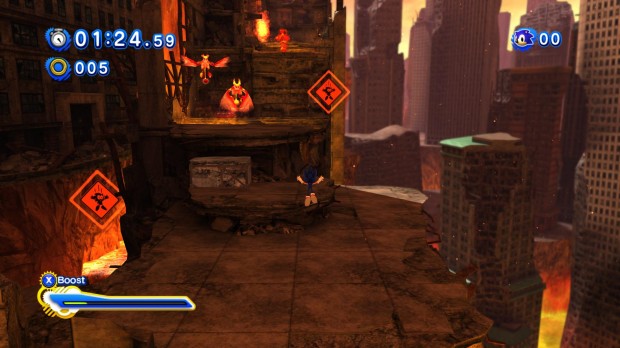 Much like many modern Sonic titles to date, Sonic Generations comes with a wee bit of a plot. The game’s storyline essentially tells of how the past and present of Sonic’s world have been torn asunder and collapsed into a bleak, negative dimension of sorts. In order to save the world and his friends – who’ve been scattered into the winds of time, mind you -, Sonic must now work with his younger self, Classic Sonic, and restore dimensional order to time and space. As cliché as that cheesily overused plot device sounds, you will be glad to know that the game’s story isn’t laid on too thick. In fact, the plot doesn’t even serve much of a purpose beyond setting the stage for the simultaneous co-existence of classic and modern Sonics in the same plane. 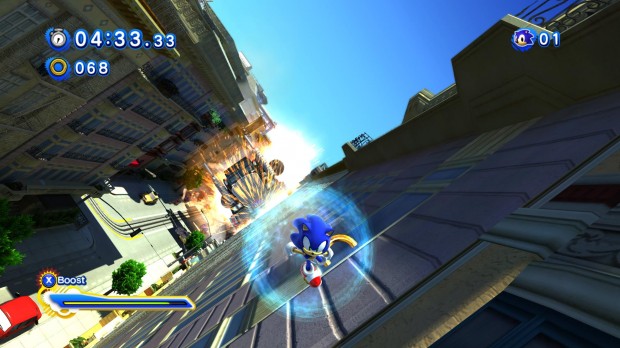 Which brings me to what makes Sonic Generations so awesome in the first place. Flaky storyline aside, Sonic Generations brings together the best of what Sonic games, past and present, have to offer by allowing you to play as both modern and Classic Sonics. By modern Sonic, we’re referring to the smarth-mouthed badass of a character from them over-the-shoulder third-person 3D Sonic games of the past decade and by the latter (Classic), the classic 16-bit Sonic that first put the cool, anti-hero character archetype on the map. In addition, a good number of you out there will be happy to know that Sonic Generations does away with most of the annoying gimmicks – skateboards, were-hedgehogs and guns for example – that have so plagued the series in recent years. Essentially, what you’re left with here is a full-on Sonic experience, from start to finish, without the presence of – and pardon my language here – all the bullshit that die-hard Sonic fans have grown to hate.

In line with the nostalgic feel the game so effectively invokes, Sonic Generations’ single player story mode lays before you a series of game stages that were adapted from the various zones featured in Sonic games of the past. It’s a very nice touch and for a long-time Sonic fan such as I, it felt remarkably good to be able to “re-visit” these proverbial “old stomping grounds” and at the same time, explore brand new locations that I never had the chance to get acquainted with. As a nice added bonus, the game also includes quite the impressive array of skill challenges. While said challenges do feel a tad tacked on, I’ll give credit where credit is due and say that they’re actually pretty unique and fun in their own right, not to mention being appropriately tough to boot. On a bit of a sore point though, while the game does feature a number widely known adversaries from Sonic’s past – Shadow, Silver and Robot Sonic to name a few -, boss fights in Sonic Generations don’t quite come as often as they used to and on the whole, seem to have been downplayed. 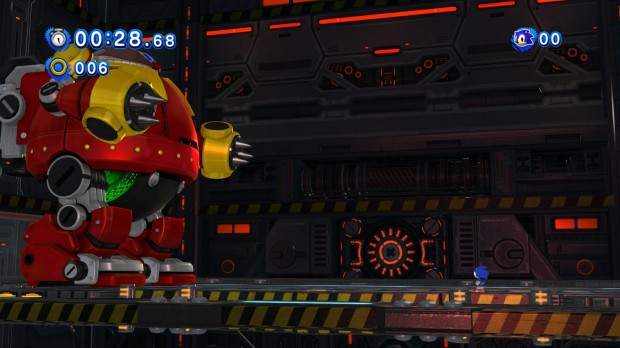 At the end of it all, while the game doesn’t do quite enough to serve as the reboot the franchise so desperately needs, Sonic Generations still makes for quite an impressive showing as a Sonic title. Think or say what you will of the series but as far as modern Sonic games go, Sonic Generations may well be the best one that’s been released in over a decade. I can’t even put into words the nostalgic emotions that stirred within me when I, as Classic Sonic, zipped and spun my way around Green Hill Zone for the first time in oh so many years. It’s great fun, immensely exciting, exudes everything that Sonic represents and above all else, is a brilliant throwback to and celebration of a brand of games gone past.

Happy birthday, Sonic, and have a good one!

Verdict: A must play/buy for any self respecting fan of Sonic the Hedgehog. If you’re getting this on the PC, be sure to snag yourself a good controller as well.

Sonic Generations is currently available on PC, Xbox 360, PS3 and Nintendo 3DS. The console versions of the game may be purchased from your local games retailer while the PC version is available for purchase and download off Steam.