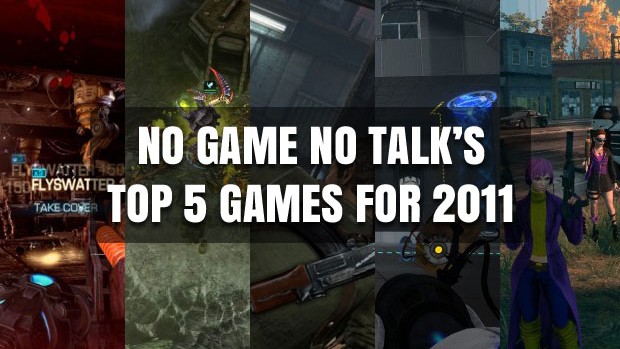 It’s the start of the new year and after some brief reflection on the games that came out in 2011, I figured that an obligatory No Game No Talk “Top games of 2011” article was in order. The holiday season of 2011 was probably the biggest and most jam-packed I’ve ever seen, with tonnes of major mainstream titles released back-to-back during the fourth quarter: Battlefield 3, Batman: Arkham City, Assassin’s Creed: Revelations, and of course, a certain behemoth named The Elder Scrolls V: Skyrim.

Unfortunately, I’ve not touched any of the above-mentioned titles yet, due to lack of time and money, or both. I’m pretty sure that Skyrim deserves to be in any Top 5 list, but I felt that it was only fair for me to include games that I’ve played. With that disclaimer out of the way, let’s get down to business. 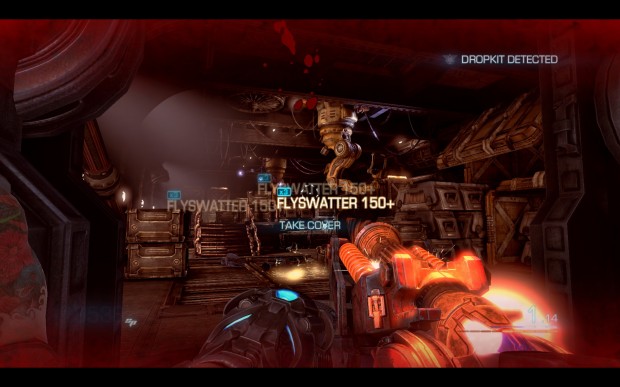 When the creators of Unreal Tournament (Epic) and Painkiller (People Can Fly) team up, you know that something special is brewing. Bulletstorm spits directly in the face of recent FPS franchises like Modern Warfare, returning us to our original FPS roots: Lots of enemies, lots of weapons, lots of pure adrenaline action.

The campaign story and characters are ridiculously and stereotypically dumb, but that is exactly the whole point. Multiplayer is a wasted opportunity, with no campaign co-op and the default survival mode losing its steam after a few hours of play. But Bulletstorm still shines brightly, a reminder that FPS games don’t have to be all about cinematic realism and storytelling. Sometimes, we just want to blow shit up. 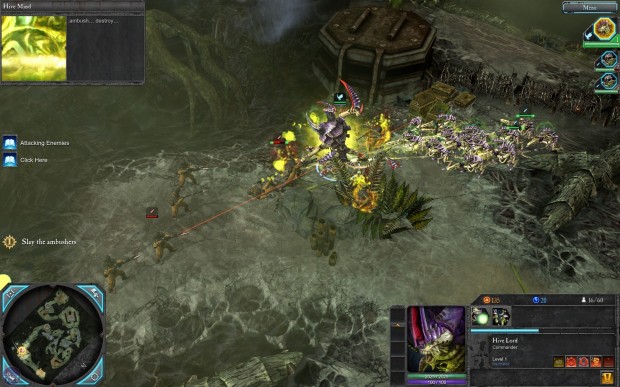 The perfect antonym to StarCraft II: Wings of Liberty’s singleplayer and online ladder, Retribution is a grittier and more focused take on the sci-fi RTS genre, eschewing resource gathering and base building to allow players to focus more on tactics and squad management.

While multiplayer has an unforgiving and crushing learning curve (as with any online RTS), the co-op enabled campaign and Last Stand mode will still keep you entertained for dozens of hours. In the grim darkness of the far future there is only war, but war should also be fun. 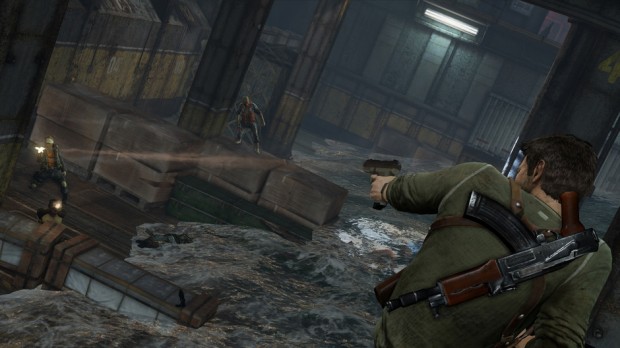 The flagship title of Naughty Dog and Sony, the third and biggest Uncharted game takes everything we love about the series and multiplies it ten-fold: Bigger set-pieces, better emotional cutscenes, and more versatile combat. While Uncharted 3 tries to do way too much at times (random pirate ship out of nowhere, anyone?), it still manages to set another standard for the genre, and is a must-play for any action gaming fan with a PS3. 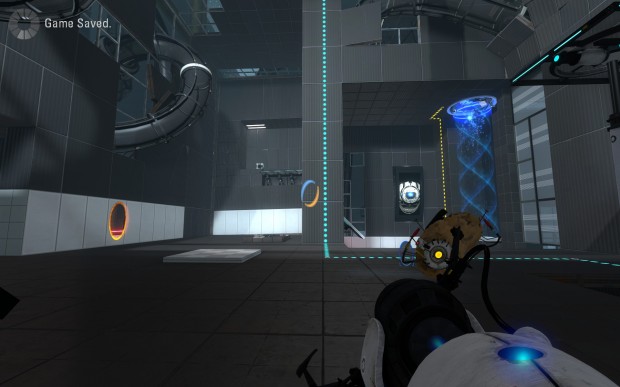 Just when you thought that the first-person puzzling mechanics had already been pushed to their limits, Valve surprises everyone again with Portal 2’s monstrous and ingenious levels. Figuring out how to scale from the bottom storey to a high perch, or how to slingshot yourself across a seemingly uncrossable chasm, makes for one of the most mind-goggling, yet incredibly satisfying gaming experiences ever.

The eccentric wit and humour of the first game is retained, thanks to the brilliantly voice-acted Wheatley (played by Stephen Merchant) and Cave Johnson (played by the one and only J.K. Simmons). Very rarely do you get videogames that are both genuinely hilarious and fun to play, and Portal 2 would have easily been my top game of 2011, were it not for… 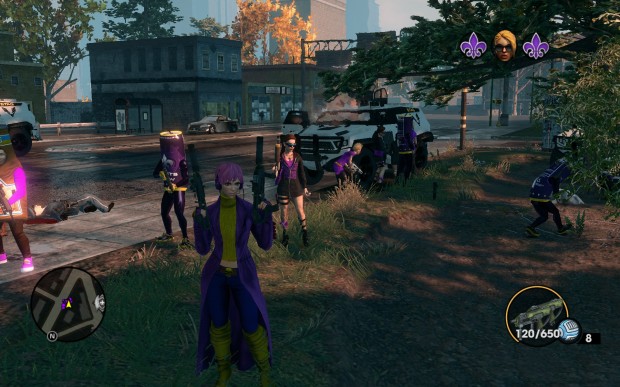 Stigmatised as a GTA-clone for the longest time among gamers, Saints Row: The Third finally breaks out from any association with Rockstar’s title, and is a true videogame in every sense of the word. The game doesn’t bother about realism or telling a serious story, it simply injects you with oodles of crazy non-stop fun from start to finish. Whether it’s playing a violent Japanese gameshow, surviving an assassination attempt by prostitutes, or being instructed by Burt Reynolds to battle an undead horde (I swear I’m not making any of this up), SR3 is the unexpected sleeper-hit of the year.

It even comes with complete multiplayer co-op for the entire campaign, something that the GTA series and not even Portal 2 or Uncharted 3 could fully implement (they had their own co-op modes, but not for the main campaign). The best co-op game of 2011 and unquestionably, the best videogame of 2011 for me. 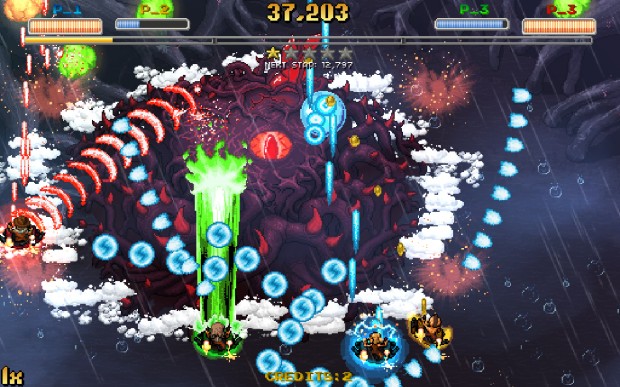 Don’t let its appearance as a bullet hell shooter fool you. Jamestown is an indie game with a huge labour of love from its developers (Final Form Games). From the beautifully crafted sprites, the deliberately pseudo-satire story, and the majestic original soundtrack that easily puts the music found in other mainstream games to shame, Jamestown gets my no-brainer vote as indie game of 2011. 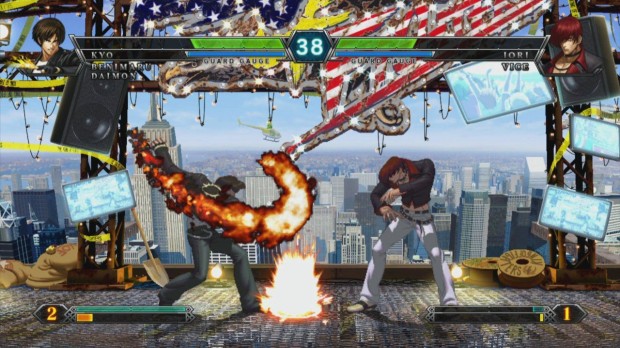 It’s been a great year for fighting games in 2011, with the release of two Marvel Vs. Capcom 3 games, Mortal Kombat 9, and the arcade version of Tekken Tag Tournament 2, all of them beloved by their respective fans. But the biggest revival no doubt has to go to The King of Fighters XIII. Much improved from the epic disaster of its predecessor, KOFXIII is the best and most beautiful KOF to date, and while the netcode has its issues, both SNK Playmore and Atlus have promised their full support to improving the game, ensuring that KOF will be a mainstay fighter alongside Capcom’s juggernauts for years to come.

Best game no one played 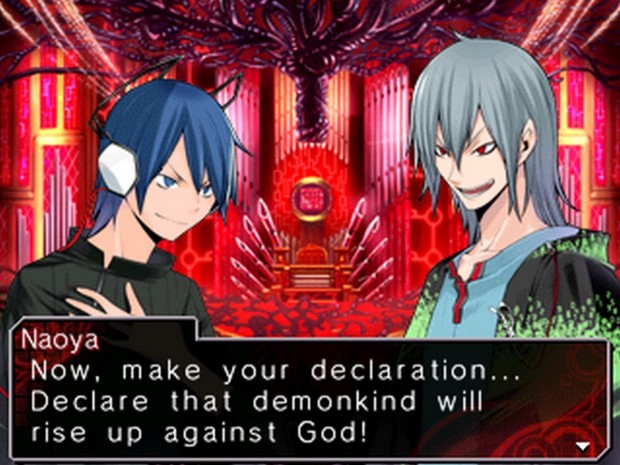 The fact that Overclocked is an enhanced remake of a 2009 Nintendo DS game, and released during a time where the unpopular 3DS handheld was forced into a price drop due to poor sales, may have caused many gamers to miss out on this brilliant gem. Overclocked adds full voice acting, new demons and spells, and more than 20 hours of additional gameplay, fleshing out the original game’s impressive story and tense turn-based combat. Any self-respecting 3DS owner should have this game in their library.

What were some of your favourite games of 2011? Any worst games or disappointments? Let us know in comments below!

Four esports games to watch out for in 2012