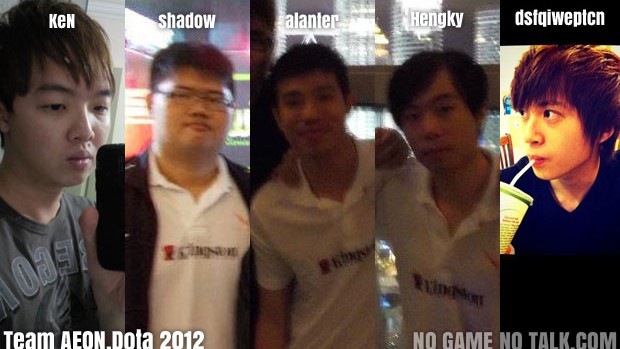 AEONSports has almost completely refreshed their Dota team lineup for 2012 by signing the members of Team SG, who won the League of Cyber Games Dota 2 tournament in Iskandar, Johor, Malaysia last year.

“AEONSports, especially our DotA team, needed a fresh approach as we enter 2012. We’ve had too many lineup changes in 2011 and weren’t meeting expectations in competitions,” team General Manager Michael “XtReM1St” Phee said. “Although the new lineup doesn’t consist of superstar players, they have great teamwork, chemistry and — more importantly — good attitude.”

The new AEON.Dota is an all-Singaporean that consists a number of veteran Dota Allstars players:

“With satisfactory results from the Starhub Dota 2 Invitational and the offline competition at Iskandar, Malaysia, we hope that with the help of AEONSports we will be able to venture into the international scene and put up a good fight against other prominent teams,” team member alanter said.

The new AEON.Dota will play both Dota and Dota 2.