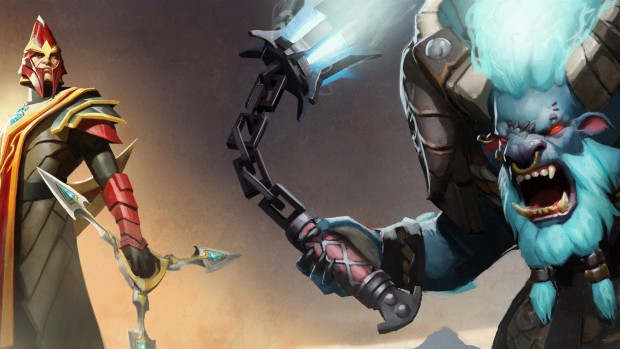 A game update with two new heroes and five new items, tournaments, tournaments and more tournaments! Here’s a summary of what happened in Dota 2 last week.

The biggest news of the past week was the 13 January update for Dota 2 which included two new heroes, Spirit Breaker and Silencer. Also added are changes made to Dota 6.73c, including five new items and buffs and nerfs to heroes like Axe, Anti-Mage and many others.

Personal opinion about the latest patch: There’s the good, such as Spectre’s Dispersion ability fix which will now allow heroes to blink (previous, when Dispersion hits your hero, you will not be able to blink, making Spectre imbalanced). There’s the bad, too, because even though the full hero line up is not released, Dota 2 still went ahead with implementing the 6.73c changes, particularly the major buffing of Axe and the five new items. This will probably continue to make the meta-game imbalanced as compared to Dota.

The Infused Dota 2 Tournament, sponsored by Tt eSPORTS and Club3D, will take place on 28 and 29 January. With many prominent teams such as Evil Geniuses, Moscow 5 and the International Dota 2 Invitational champion Na`Vi participating, the tournament has gained much attention. Singaporean team Aeon.Dota is also taking part. However, there will not be any China teams joining, I think. Click the thumbnail below to view the full poster:

Two rounds have already been played between ten of the world’s best Dota 2 teams at The Premier League, sponsored by Twitch TV in collaboration with DotACommentaries.

The results wasn’t surprising though. Na`Vi did not disappoint and, as usual, won both matches and stayed at the top of the league. The China teams, however, are falling behind, with team WE losing one match and drawing another, while team Nirvana.MSI has lost two matches now.

The next round will start on 18 January, 4pm CET (11pm Singapore time) with Mineski.PColor vs. SK Gaming.

The second stage of JoinDOTA’s The Defence tournament will continue to use the tournament version (aka the version of Dota 2 before last week’s patch), according to an announcement made on Sunday. The matches for this week are: