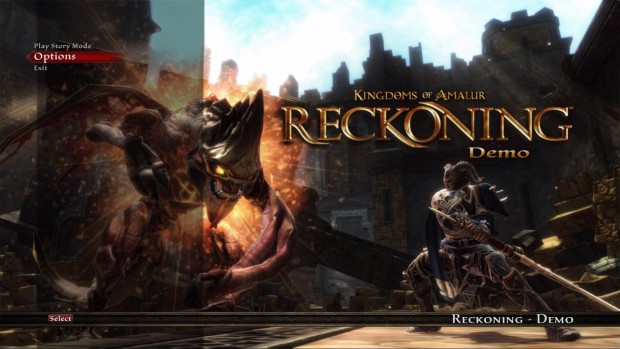 Just yesterday, the demo client for 38 Studios’ upcoming action-RPG, Kingdoms of Amalur: Reckoning, was made available to play via download. Before you head on over to Origins to pick it up though, I urge you to first read this post and see what we have to say. 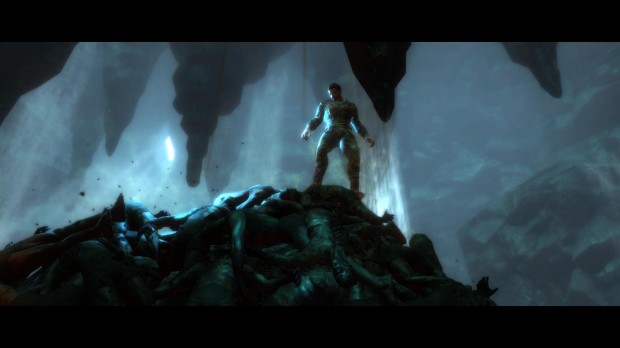 First and foremost, you should know that the demo client is understandably buggy and not very stable to boot. It is, after all, but a tiny morsel of a larger game so for now at least, you might want to lower your expectations by a few notches. It’s just a very small taste of what Kingdoms’ developers intend to put up on the market in due time so really, any argument against it involving bugs seems pretty moot to me. 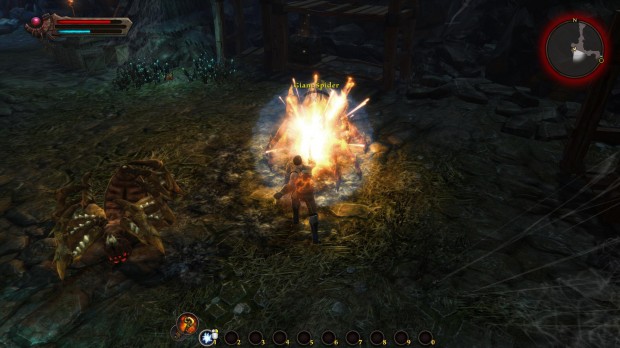 Anyway, right from the get go, you’ll find Kingdoms to be extremely intuitive and easy to pick up. Its combat and control schemes are very slick, play very smoothly and don’t betray any hints of clunkiness or lethargy. It strongly resembles Fable on oh so many accounts, so much so that I reckon if you did enjoy Lionhead’s flagship action-RPG series, you’ll definitely take very well to Kingdoms of Amalur.

Sadly though, that’s about as far as the positives for this game go. 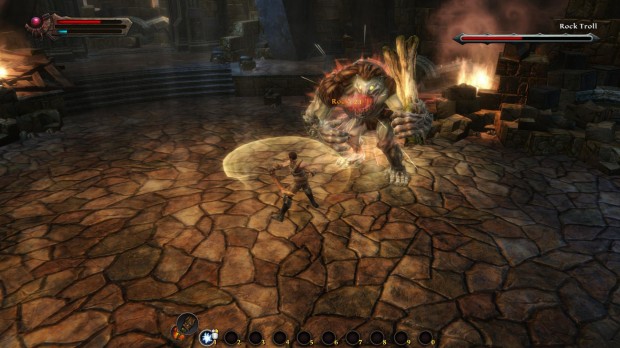 Based off what I’ve gathered from the demo, my general impression of Kingdoms is that it doesn’t seem to me to be a game that remotely bothers to push the boundaries of the action-RPG genre. Yes, its twitch elements may be enjoyable and all, but everything else about it screams a lack of innovation; its visual set looks very outdated, its plot devices and conversations seem very cliché and its loosely coined Might, Finesse and Sorcery (i.e. Warrior, Rogue and Mage) progression system feels very overused.

I mean, for all the events that transpired over the tutorial segment and the fluff that the demo tried to put across through its cinematic and conversation sequences, I just couldn’t bring myself to be interested, much less care. There’s just this blandness about the game that rubs me in all the wrong ways, ultimately leaving me with quite the bad impression.

To me, Kingdoms simply looks and feels like a rehash of pretty much every other action-RPG we’ve seen in recent years. Hell, I’d go as far as to say that it feels like a game that really should have been developed and released at least more than a couple of years ago. 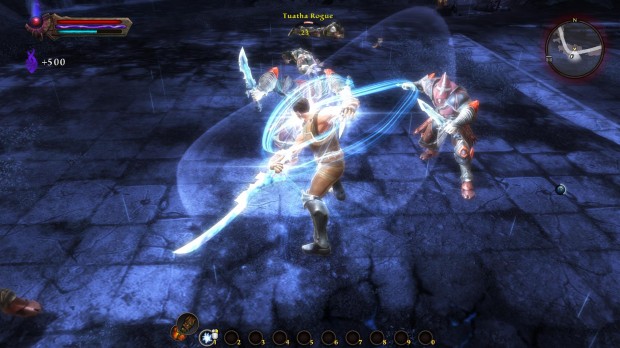 With all that said, you should know that as harsh as some of my opinions may seem, I’m definitely giving Kingdoms of Amalur: Reckoning a second chance upon its release. Despite the bad impression left by the game’s demo, there’s still a couple of weeks before the game finally hits the shelves and for all we know, the game may just pick up past the tutorial and newbie areas. Kingdoms’ may not necessarily end up standing out, impressing or coming anywhere close to the biggest releases of 2011, but there is definitely some potential to be had in this game.

If nothing else, you should consider giving the demo a quick spin for the sole purpose of unlocking the cross-promotional bonus items for this game and Mass Effect 3. 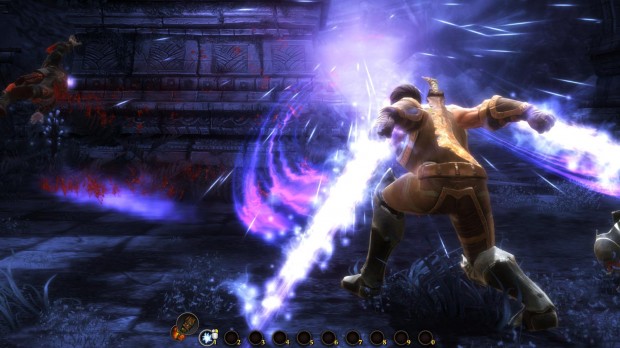 Wii Fit Plus demo with Jaymee Ong this weekend