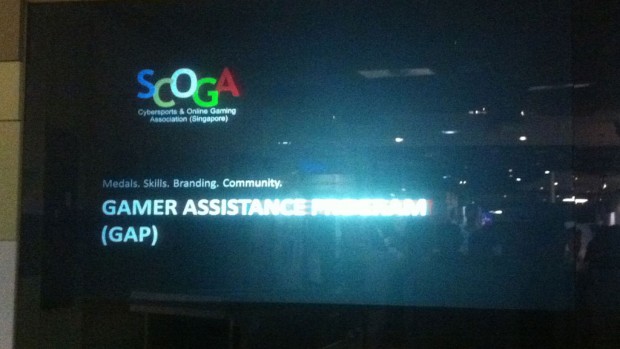 The Singapore Cybersports and Online Gaming Association announced today a S$20,000 Gamer Assistance Program which will help top Singapore competitive gamers defray the costs of travel and accommodation when they represent the country in overseas tournaments.

The announcement was made this morning at a seminar where SCOGA shared their goals and objectives for this year. About twenty members of the competitive gaming community attended the seminar, including representatives from Cross Counter Asia, SG Finest, AEONSports, Flash e-Sports, Girlaxy and PMS Asterisk*.

According to SCOGA co-founder Reuben “Kidon” Conceicao, half of the initial seed funds was raised internally by SCOGA, with Sphere Exhibits — the organiser of the annual Licence2Play consumer gaming event — making a matching donation of S$10,000.

Applications for funds will only be open to Singaporean citizens and permanent residents. There was no mention of a date for the official launch of the GAP fund as the criteria, conditions and methods for the approval and dispersal of funds have yet to be finalised. 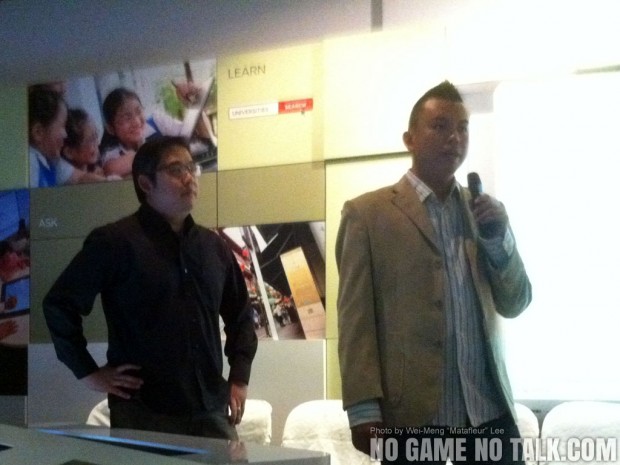 “The resources are limited and there so many games and opportunities,” SCOGA Chairman Nicholas Aaron Khoo said. “We actually listed ten questions that we think need to be answered [regarding the allocation of funds]. This is why we wanted to get [competitive gamers’] feedback.”

Some of these questions were elaborated on by Kidon: “How do I give the money out fairly? How do we make sure the right people get the opportunity to represent us? These are the kinds of issues we’re [looking] through. There is also the question of what a gamer should be required to do as part of their obligations. Is there some responsibility in taking these funds? Is there a certain amount of training that should be required?”

To help answer these questions, SCOGA plans to invite top Singapore competitive gamers to a private Facebook group to get their feedback on these matters.

However, there was one issue that SCOGA was clear on: there will be no plans to penalise funded gamers should they fail to achieve a podium or medal finish at a tournament.

“We currently have no plans to punish a gamer for trying. That’s not really our aim,” Kidon said in response to a question from the audience. “What is important to us is after losing, what does the gamer do: Quit, put his head in the sand? Fight back? Or grow? [And these are questions] not just for himself, but for his community as well.”

AEONSports General Manager Michael “XtReM1St” Phee, who attended the seminar, thought that the GAP fund would benefit top gamers who often find themselves unable to fund trips to participate in overseas tournaments.

“I think that it should be primarily based on the cyberathlete’s credentials and his ability to win medals, as well as the prestige of the tournament and how much glory it would bring to Singapore as a nation,” XtReM1St said. “However, those benefiting from the fund should be made to give back to the community so as to minimise abuse of this fund.”

Help send our champions to the WCG 2008 Grand Finals