Remember the S$10,000 prize pool Soulcalibur V tournament we reported two weeks ago? Well, the event — titled Soulcalibur Impact 2012 Feat. Soul Singapore — has been confirmed for 3 March and will be held at the [email protected] entertainment centre.

The tournament is actually part of an international series of tournaments held under the auspices of Bandai Namco, which explains the massive prize pool which includes:

There will be a number of tournaments catered towards both die-hard competitive players and newcomers. Registration is free, and by simply participating you stand a chance to win prizes in a lucky draw. Sweet. 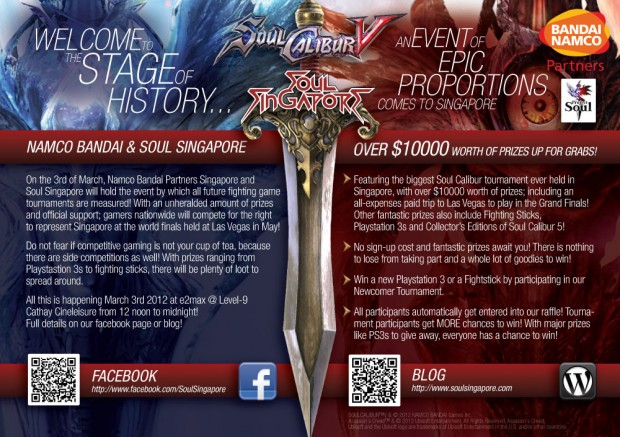