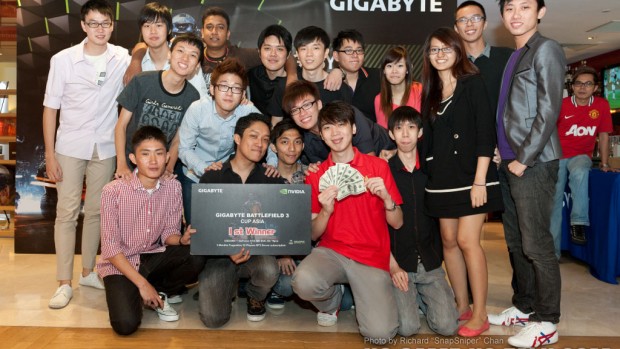 Teams Bf.Nut and Crysis received their prizes for placing first and fourth respectively at the inaugural Gigabyte Battlefield 3 Cup Asia during a lunch reception hosted by Gigabyte at the ibis Hotel on Saturday.

Both Bf.Nut team captain Donald “Gen3sis” Yeo and Crysis team captain Horace “AceRox85” Lee attributed their teams’ respective successes to the openness the Battlefield 3 competitive community had shown in sharing tips and the willingness to scrim against and train with each other through the competition period. 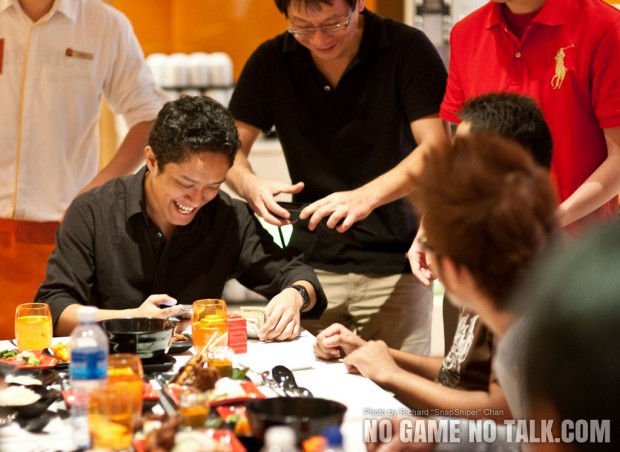 Bf.Nut's prize money being distributed to them

Bf.Nut won for themselves US$2,000 in cash (which in a nice change from the norm was distributed on the spot in crisp US$100 notes!), eight pieces of the GeForce GTX 580 SOC graphics card and a three-month Fragnetics 32 player BF3 server subscription. Crysis won for themselves four sets of Gigabyte M8600 gaming mice and K8100 keyboard.

VR-Zone’s Lennard Seah, who was one of the organisers for the tournament, was coy when I asked him about the prospects for future tournaments, but did mention that he was in the midst of planning further events.

Battlefield Fridays resumes this Friday with UMvC3 and Soulcalibur IV