Razer will be hosting a US$15,000 prize pool Dota 2 tournament featuring some of the region’s best Dota teams at the Singapore IT Show from 8 to 11 March 2012.

Invited teams include Orange e-Sports, the Malaysia team which won the Dota 2 Malaysia Invitational in December last year, and Mineski, the Philippino team which placed third at the same event.

The Razer Dota 2 Tournament is the first ever live tournament hosted by Razer in Singapore — and about time too, since the gaming hardware manufacturer actually has it’s Asia-Pacific headquarters located here.

If you don’t want to brave the massive crowds which are a fixture at any consumer technology fair in Singapore, the event will be streamed live at http://www.twitch.tv/rapturegaming.

To sign up for the tournament, visit http://esa.org.sg/razer/. Registration fee is S$10 per team.

Alternatively, if you just want to see how your skills match up against Mineski, you can register for the Public Challenge by emailing [email protected] and stand a chance to win prizes worth up to US$1,000.

The tournament will take place at the Singapore IT Show at Suntec Convention Hall 602 from 8 to 11 March 2012. 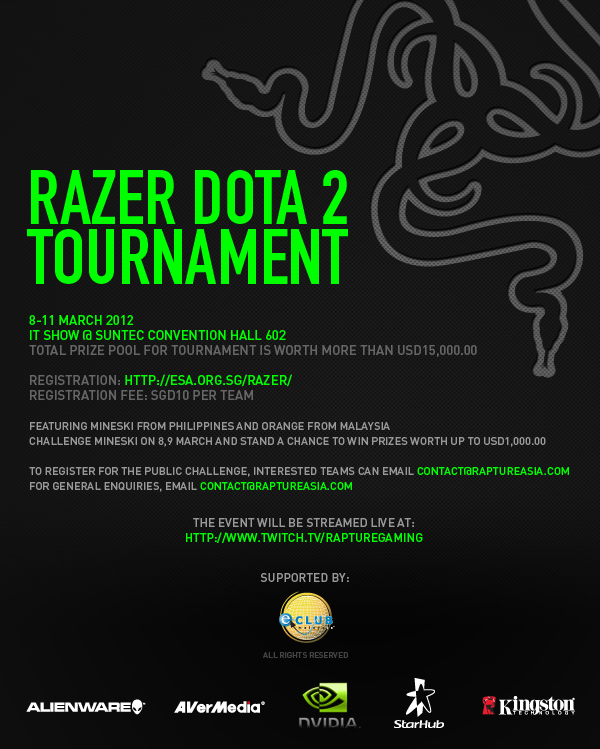