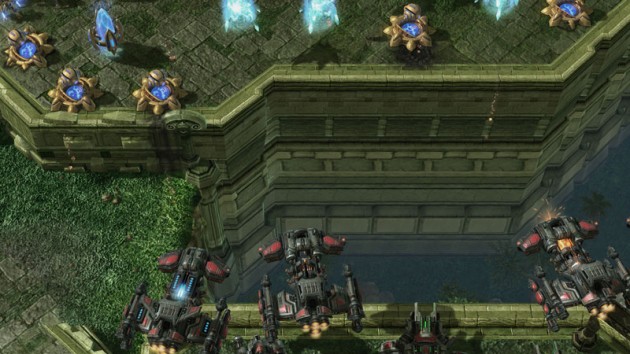 A player’s skill can be broken down into three areas: mechanical, strategic and psychological skill. Many players build up a decent level of strategic skill by watching VODs and replays. However, what most end up ignoring is their mechanical skill set. Players just don’t pay enough attention to it because they do not believe it is important.

In this StarCraft II strategy article, Bryan “nirvAnA” Choo — the World Cyber Games 2011 Starcraft II Singapore champion —  aims to show how important mechanical skill is, and gives some basic guidelines and strategies to improve on it.

The basics of mechanical skill

Mechanics in Starcraft II is defined as the non-strategic mechanical aspects of a player’s game. This skill set is best developed through hours and hours of practice and, over time, you will naturally become good at it. However, there are a few simple exercises specifically aimed at developing your mechanics which you can use to massively reduce the time needed to develop them! There are two key components to improving this skillset:

A large component of mechanical skill is the efficiency and speed at which you perform actions, as well as how cleanly you do them (clean meaning no redundant actions). An example is the use of hotkeys for faster production. If your goal is to build probes, a player with poor mechanics would:

This takes up a total of three actions and uses up a lot of “inefficient” time. A player who understands the control interface well will already have hotkeyed his nexus, so this player would:

This takes up less actions and ultimately accomplishes the same task in far less time.

So, the first exercise would be to start using hotkeys! Use at least 5 hotkeys per game and slowly add more at a comfortable rate. A hotkey can be created by pressing “CRLT + #” where # is any number from 0 to 9. Pressing 1 for e.g later will recall the unit you have hotkeyed before.

Mastering the art of macro

After mastering the control interface, you should next work towards mastering macro. Good macro refers to your ability to constantly make workers throughout the game and keeping your resources low by constantly producing units. Mechanics can also refer to more detailed interval actions like constant larvae injection with Queens, Creep Tumor Spreading and efficient chronoboosting and always building enough supply so you don’t get supply blocked. Your macro ability of course goes hand in hand with mastering the control interface and the faster and most efficient your actions are, the better your macro will be.

The first exercise for Terrans and Protoss players is to make more workers, with the hotkey method you have learnt about. Aim to get at the very least 16 workers mining PER mineral base (two workers per patch) and if you plan to expand, build surplus units so you can transfer them over to your new base.

Mechanics are so important because if everyone had equal strategic knowledge, it would be the main component that separated player skill. Imagine how terrible it will be if you did not use “F” the keyboard shortcut key for forcefields and had to use your mouse to click on the spell and basically play starcraft handicapped like a one arm warrior. Now imagine if you knew the forcefield hotkey and could always get your forcefields down 1-2 seconds ahead of your opponent as he didn’t know how to use shortcut keys!

Although this example is slightly exaggerated, in a nutshell, that is basically the importance of having better mechanics. You’ll want to make use of every little edge you can find that allows you to do stuff faster/cleaner than your opponent to gain you an advantage. Over time, these small little edges snowball into something bigger and you end up with more units produced, a faster tech, etc. And, generally, the longer the game drags on, the more this effect compounds and the more you will be rewarded for having good mechanics.

Never underestimate the importance of mechanics

As a long-time gamer myself, I’ve had several friends both casual/hardcore gamers alike who have played other RTS games but were new to Starcraft 2. An interesting thing I observed was after their placement matches was that it was common to see them end up in at least Gold or Platinum. Even though they had absolutely zero strategic knowledge as they were new to the game, their mechanical skillset was already well developed from playing past similar games and it was this mechanical skillset alone that carried them to those leagues. Morale of the story is — Never forget how important mechanics are!

This article was contributed by Bryan “nirvAnA” Choo, WCG 2011 Singapore StarCraft II Champion, for nogamenotalk.com. You can read more articles and learn more ways to improve your game by checking out the Starcraft II guide he wrote with mOOnGLaDe & OxygeN.