Why would Razer CEO, Min-Liang Tan, post a tweet announcing to the whole world that he had pirated Brian Fargo’s original Wasteland, and then donate US$10,000 to Fargo’s Wasteland 2 Kickstarter project as an apology? Is Tan insane? Is Wasteland really that good? Who is Brian Fargo?

Very early during the first few days of Double Fine’s Kickstarter project, I was asked by one of my gaming friends: “Who is Double Fine, and why should I bother donating to people I don’t know?” Even after explaining to him who Tim Schafer and Ron Gilbert were, I felt that he had missed the entire logic behind the concept of Kickstarter-funded games.

Whether you have heard of Brian Fargo or Double Fine Productions is irrelevant. The simple fact is that any video gamer, hardcore or casual, has a soft spot in their heart for nostalgic, old-school games. After all, these were the games that we grew up with during the late 1980s and early 1990s. Once upon a time, point-and-click/side-scrolling adventure games, and text-heavy, isometric RPGs were the king. Now, they’ve become all but obsolete in the mainstream, relegated to experimental or low-budget projects from indie developers. What happened?

Blame it on the Halos, the Call of Dutys, the God of Wars, and the Skyrims. As hardware technology improves, so does the potential of creating bigger blockbuster games with better graphics and crazier action set-pieces. Unfortunately, this also means that the costs of producing such games have increased tremendously, requiring millions and millions of dollars.

And in order to make a profit, the only way for publishers to ensure that their games will generate enough sales, is to go with the the flow and avoid taking risks on genres that might not sell. That means more Halos, Call of Dutys, God of Wars, and Skyrims.

Don’t get me wrong, I have nothing against such titles. I loved Fallout: New Vegas, and I strongly believe that Uncharted 2 is one of the best action blockbuster games ever made. But still, all this is at the expense of retro-styled games, because nobody seems interested in making them anymore. 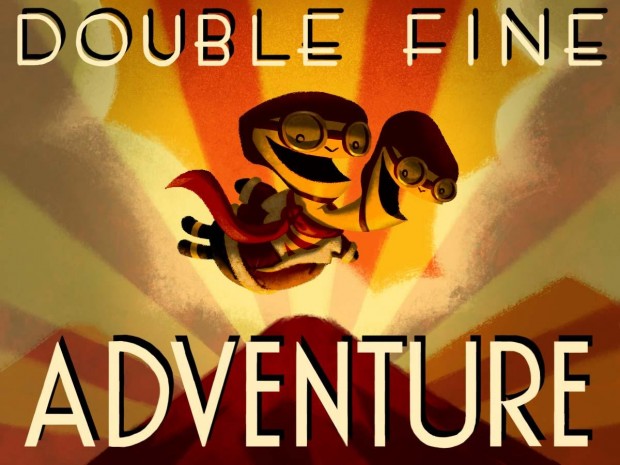 These examples, along with the Wasteland 2 and Double Fine Kickstarters, prove that there is still a demand for old-school titles, and that gamers are willing to fork out lots of cash for them. Whoever said that adventure games or isometric RPGs are dead needs to be shot in the head and thrown into a Psychonauts meat circus. Don’t let game publishers and their marketing departments dictate what games can or cannot be produced.

Of course, I’m not asking you to go donate $100 to every Kickstarter game out there. But I’m sure that everyone has a particular retro genre that they really love. If you’re a fan of Bioware (before they got corrupted by EA) and Interplay’s old RPGs, you should be donating to the Wasteland 2 kickstarter. If you played and enjoyed any of the old Lucasarts or Sierra adventure games, you should have donated to Double Fine.

This new wave of Kickstarter-funded games serves two purposes: One, to free game developers from the shackles of their publishers, allowing them to produce the games that they truly wish to make. Two, to prove to said publishers, that yes, old-school titles are still popular and can generate millions. Over $3.3 million worth of Kickstarter donations can’t be wrong, right?

The author is still waiting for someone, anyone, to produce a No One Lives Forever 3 sequel.

Calleigh’s take on the top games of 2011