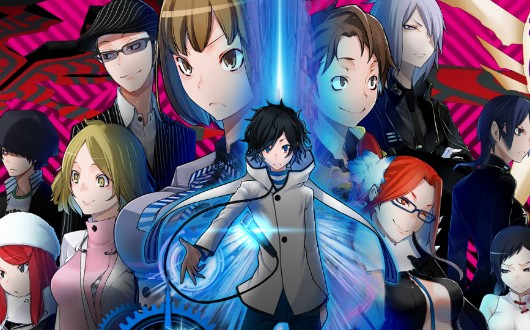 The Shin Megami Tensei series has always blurred the line between fiction and characterisation — its young protagonists having to overcome their inner, psychological demons just as often as they have to battle the devilish monsters invading their towns and cities.

“What if you could see others die before it happens?”, says Atlus’ promotional advertisement for Devil Survivor 2. This mechanic, similar to the first game’s Death Clock and Laplace Mail functions, is the key plot device that will keep you on your toes as you advance through Devil Survivor 2’s story.

You are given the freedom to manage your own time, diary-simulation style, choosing which place or person to visit from a list. Each action advances the clock forward by 30 minutes, and some choices are time-specific or unlocked only if you have visited a previous thread. This creates a visual-novel type of story that is unique to your decisions. 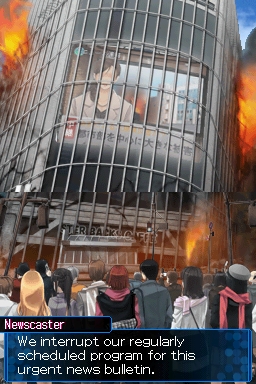 Devil Survivor 2’s new Fate system is a variation of the Social Links feature from Persona 3 and Persona 4. Spend enough time with someone, pick the correct conversational response, and you might increase your Fate points with that person. Each Fate level unlocks special abilities for that character, and will have a major impact on what type of ending you get.

With several endings, and so many possible life-and-death outcomes for the game’s characters, no two players will ever experience the same story. It also encourages multiple playthroughs just to see what happens if you pick a different route, or focus on developing Fate with different members of the cast. 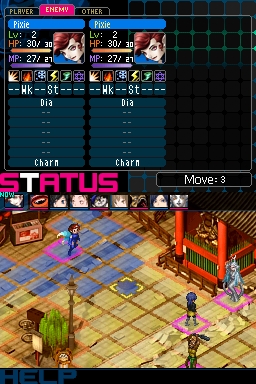 In between the storytelling and dialogue, you will engage in optional battles or key story missions, based on the signature Shin Megami Tensei strategy-RPG (SRPG) combat system. Every fight starts off on an isometric grid where you have to move and position your squads to attack, Disgaea-style. Once you initiate an attack, or are targeted for attack by an enemy, the game switches to a first-person turn-based mode that should be familiar to anyone who has played a Dragon Quest game.

You control up to four characters, each flanked by up to two demons offering passive abilities, active abilities, and racial skills. Exploiting your enemy’s weaknesses (while simultaneously covering your own), and executing your squad abilities in the correct order are necessary for survival. There’s a wealth of tactics and combinations available due to the game’s numerous demons and skills. Some of them are obvious (Multi-Strike + Pierce; Winged Flight + Chaos Breath), while others are more bizarre but equally viable (Inferno + Null/Drain/Reflect Fire). 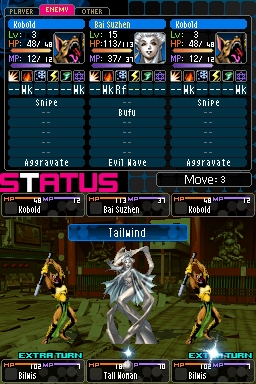 New demons are purchased via an auction-house minigame, which can be fused together to create a more powerful demon with inherited skills from its parents.  The game is practically begging you to come up with your own broken demons, thanks to a Demon Compendium tool which keeps a record of every demon that you have previously owned, allowing them to be re-summoned at any time for a fee. The results of your fusions are always clear, eliminating the Monster Rancher randomness that often causes frustration in other similar RPG alchemy systems. Do not be alarmed if you find yourself spending hours in the fusion database and demon auction, just to create that perfect demon and squad line-up.

With this trinity of storytelling, combat, and alchemy, Atlus has successfully created a deeply rewarding concoction that is quite easily, one of the best handheld RPGs ever made. If you own a Nintendo DS or 3DS, do yourself a favour and pick this up, because this will probably be the last great RPG for the original DS system.

Devil Survivor 2 is currently selling at a suggested retail price of SG$45. It is the sequel to the original Devil Survivor for the Nintendo DS. An enhanced remake of the first game, called Devil Survivor: Overclocked, was released for the 3DS.

The author spent about 45 hours to complete the game once under the Neutral route, and has already started his second playthrough.