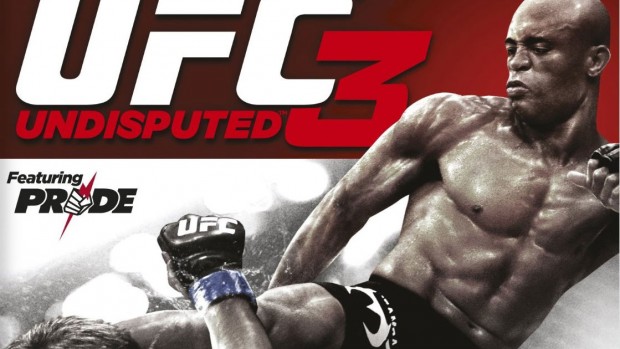 Those of you who are fans of mixed-martial arts (MMA) and the Ultimate Fighting Championship (UFC), stop reading this review and buy the game immediately. This is a no-brainer purchase, for UFC 3 is arguably the best, and most complete videogame portrayal of the MMA sport to date, with over 150 MMA fighters, and an immersive Career Mode with tonnes of fight montages and athlete interviews. For the rest of the crowd who are on-the-fence about this title, especially fighting game fans, read on.

According to IPW.com, during Evolution 2011, one of the two most prestigious fighting game tournaments in the world, members of THQ’s community team made the trek out to the event in order promote their UFC series to fighting gamers. A sports fighting simulation, played alongside the likes of Street Fighter IV and Mortal Kombat 9? It sounds absolutely preposterous, but after playing UFC Undisputed 3, I realise that such an idea might not be too far-fetched after all. 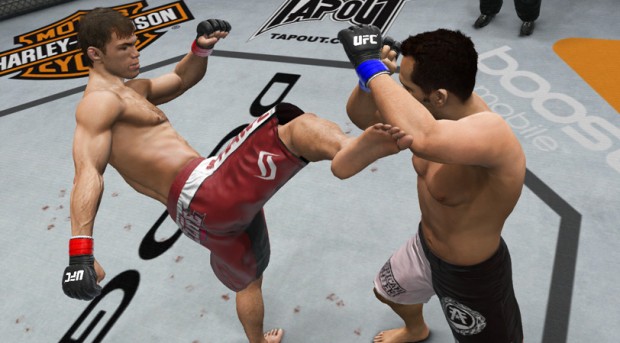 UFC 3’s combat system is split into three main phases: Stand-up kickboxing (i.e. fighting with your fists and legs while in a standing position), the clinch (i.e. grappling), and ground-based transition wrestling. The stand-up game should be familiar to any fighting game enthusiast — you need to maintain your guard while trying to land a hit confirm on your opponent, and follow-up with a possible combination attack. Every fighter has a different set of punches and kicks, with different variations of attacks triggered by pressing the face buttons together with the left analog or left trigger buttons.

The clinch and transition system is something unique to the UFC series, and will be the main hurdle to overcome for beginners and gamers who play traditional fighting games. As with the real-life sport, both fighters on-screen will often end up jostling and grappling each other, in order gain a more advantageous position over their opponent. If you’re playing a character who is strong in boxing, you will want to clinch your opponent while standing, force them down to the mat, then work your way to a mounted position in order to KO them via ground-and-pound. Characters skilled in Sambo and submission wrestling will want to aim for takedowns, then weaken their opponent’s limbs via submission moves and force them to submit. 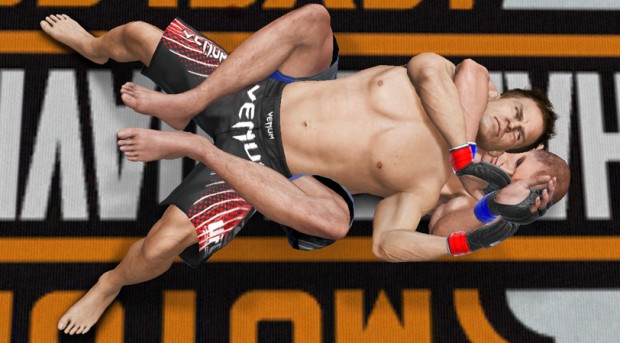 All grappling moves and takedowns are executed with the right analog stick, with familiar “fireball” and half-circle inputs required to perform a transition. The defending player can simply hold the right stick in order to block their opponent’s transition attempts, but this consumes stamina and eventually, the transition block can be bypassed after a certain period of time. More important to master, is the transition counter — if you flick your right analog stick during the precise moment of your opponent’s transition start-up animation, you will instantly counter his attempt, and automatically move into a more favourable position. This concept of defending yourself “just at the right time” is a variation of Street Fighter III: Third Strike’s parry system and the Just Defense mechanic of Garou: Mark of the Wolves and SNK vs. Capcom 2.

Therein lies the similarities between UFC 3 and other traditional fighting games: the entire meta-game of countering and anticipating your opponent. Is your opponent throwing too many punches or kicks with wild abandon? Use the Sway system to evade their attacks with the right timing, then follow-up with a counter-strike. Or even better, strike them just before their attack lands to trigger a Counter Hit, which interrupts their momentum and deals higher damage, a staple concept found in all fighting games. Mixing-up your offensive and defensive tactics, while being wary of the strengths and weaknesses of both fighters, is again, a core fighting game principle that is required to master UFC 3.

Now you’re starting to see the bigger picture here, and it’s not difficult to imagine why THQ has been trying so hard to promote the UFC series as a fighting game. 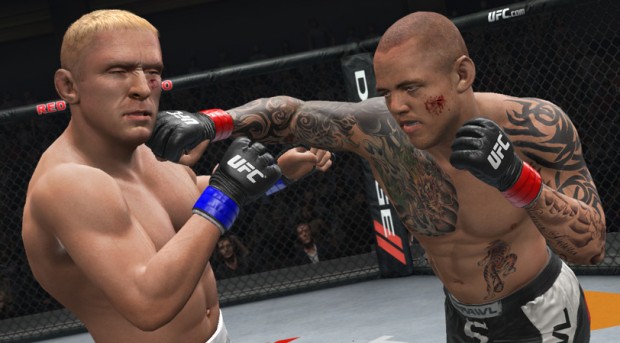 If the concepts of transitioning and clinches sound like Greek to you, the game has done a very good of job of easing new players in with its helpful tutorial prompts, which pauses the game and gives you instructions on what to do during those phases. You can turn the prompts off once you’ve become more familiar with the system and gone through the separate Tutorial Mode. What I found more useful, were the Training Exercises found in the Career mode. Some of the mini-games are quite abstract (such as flipping a tire over a tic-tac-toe mat), but others, such as the Transition Exercise and Training Mitts Drill, are invaluable practice tools. My only complaint is that these mini-games last a mere two minutes each, with no separate menu option to replay them outside of Career mode.

So will UFC Undisputed 3 be making an appearance at Evolution any time soon? Not in the near future, unfortunately, as the clinch and transition battle systems might be too foreign for a lot of gamers. Still, those willing to devote the time and patience, will eventually discover an entertaining fighter with a lot of tactical depth and finesse. If you don’t mind trying something unique and different, or if you’re bored with WWE ’12, you should definitely give UFC 3 a shot. 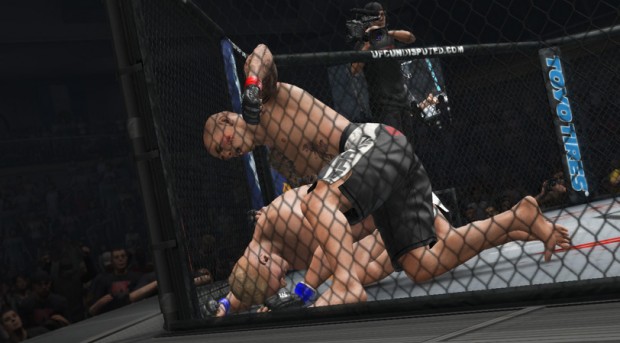 About the Asian edition of UFC Undisputed 3

The Asian editions of UFC Undisputed 3 for both the Xbox 360 and PlayStation 3, comes packaged with four bonus DLC packs: i) The Ultimate Knockout Artist Boost Pack, ii) Early Access Pass, iii) Contender’s Fighter Pack, and iv) Ultimate Fights: Knockout Pack. The first two packs will unlock all of the game’s modes instantly, and allows one newly-created custom fighter to be boosted to his maximum stats immediately. This saves the player over a dozen hours of required play to unlock everything. The latter two packs will add extra fighters and bonus scenarios, featuring famous fights from MMA history that can be simulated in the game.

All four packs are bundled with the game, absolutely free, and are exclusive only for the Asian editions of UFC Undisputed 3.

Verdict: Buy it (for MMA and UFC fans); Try it (for everyone else)

UFC Undisputed 3 is available for the Xbox 360 and PS3. It is selling at a standard retail price of about SG$71.90. The author played the singleplayer modes for about 8 hours (he played the Career Mode on “Advanced” difficulty), and dabbled with multiplayer for about 1 hour.