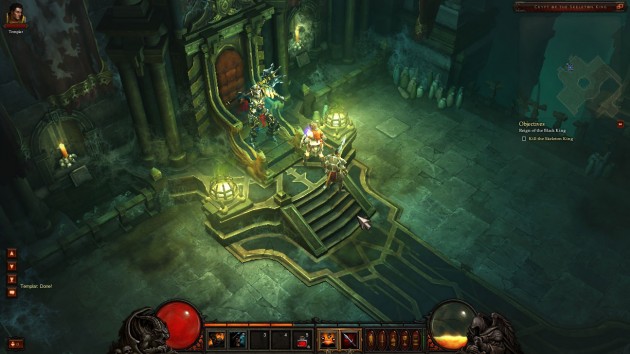 There will be no Southeast Asia server for Diablo III and all game items cannot be transferred between regional servers, an Asiasoft spokesperson confirmed on Monday morning.

Asiasoft is the official distributor for Blizzard games — including Diablo III — in Singapore, Malaysia and Thailand.

“Based on current information, there will be no SEA server,” an Asiasoft spokesperson said. “Blizzard may change this nearer to the launch or post-launch. ”

The spokesperson was responding to No Game No Talk’s queries regarding regional servers and the real money auction house.

On the surface, Blizzard’s answers do not differ substantially from those we previously reported on 15 March, but a closer examination shows some additional crucial information to be gained.

Blizzard has now clarified that all items acquired on the Americas region servers, “in-game or otherwise” (meaning from world drops or from the auction house), cannot be transferred between regional servers.

While this seems to imply that characters cannot move freely or be transferred between regional servers, Blizzard does not have any official statement regarding the matter.

“As for the character transfer, there has been no official word from Blizzard about it yet as they are concentrating on the official launch at the moment,” the Asiasoft spokesperson said.

Diablo III will be released on 15 May, with a launch event planned to take place at Funan DigitaLife Mall.

Blizzard SG, MY and Thai distribution rights return to Asiasoft