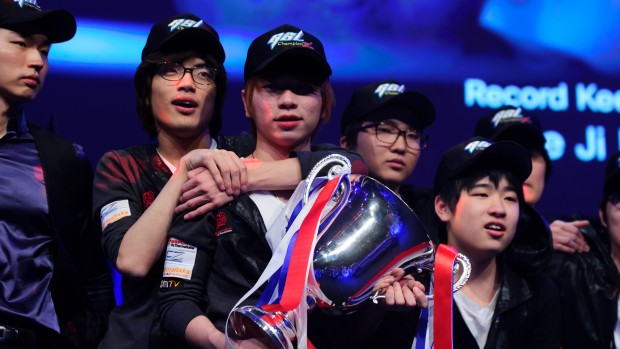 The IGN Pro League 4 (IPL 4) finals ended with a blast last weekend after three days of intense gaming, with Fnatic’s Lee-Seok “aLive” Han (KR-SC2) emerging as champion. However, what made IPL 4 especially memorable was the “We want LAN” controversy which happened at the Global StarCraft II Team League (GSTL) finals.

The GSTL finals were held together with IPL 4 in Las Vegas, USA — marking the first time the most prestigious StarCraft II team league in the world have been held outside of Korea.

Two of Korea’s top clans, Prime (KR-SC2) and Startale (KR-SC2), were competing at the finals. By the fourth match, Startale was leading 2-1 and Startale’s Parting was to play against Prime’s ace player, MarineKing.

This was the key match of the day for Prime. Not only was MarineKing their ace player, Prime did not have any other option in their team’s line up against Protoss players like Parting.

What happened next was the stuff of legend.

With the match underway, Parting was strongly in the lead when MarineKing was abruptly disconnected from the game.

In response, the spectators immediately burst into an uproar, chanting “We want LAN!” repeatedly — recalling the old gripe which many gamers had when Blizzard decided to remove LAN network support for StarCraft II multiplayer in favour of the BattleNet 2.0.

Notably, Blizzard CEO Mike Morhaime and StarCraft II lead designer Dustin Browder were present at the scene to listen to the crowd’s chanting.

The situation got even more heated when the judges decided to restart the game, and MarineKing went on to destroy Parting, followed by the rest of Startale, resulting in Prime winning the GSTL Championship.

Reddit’s /r/starcraft and the Team Liquid community forums erupted into a furore, with many condemning the decision to award MarineKing a regame. Many also attacked Blizzard for the lack of LAN support. 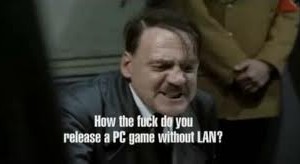 An investigation of MarineKing’s disconnection was quickly launched, with IPL staff quick to state that the problem was caused by a DHCP network error and having LAN in StarCraft II could not have helped.

Many gamers posted suggestions of what Blizzard could have done differently to prevent the situation from happening in the first place. Here’s a selection:

Only time will tell if this incident will lead Blizzard to do something about the lack of LAN support or resume functionality.

This was not the first time a disconnect has happened in a tournament setting, and would definitely not be the last. However, it is certainly one of the biggest and most public events where this has happened and, with the Blizzard CEO attending, hopefully enough attention has been brought to this issue.

Blizzard, the ball is now in your court.