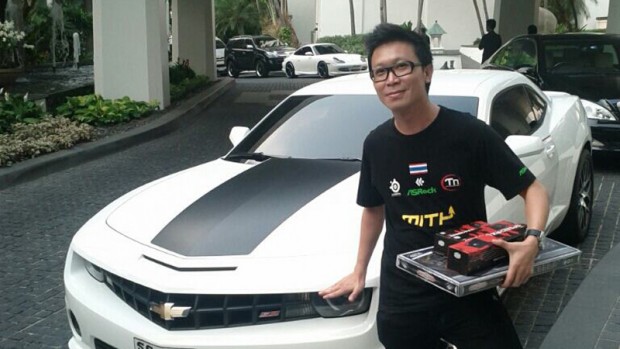 Although MiTH sent 21 players to India for the terribly-run India Gaming Carnival (IGC) — and presumably spent a small fortune on travel and accommodation for the entire team — the Thais felt it was still worth it, team director Chanignun Thipairote said.

In the short email Q&A with No Game No Talk, Chanignun was positive, or at least diplomatic, about MiTH’s experience in India.

However, he also criticised the organisers for not knowing what they were doing and for not taking better care of the international players that attended IGC.

Here’s our questions and his answers:

How many players did MiTH send to India for IGC?
MiTH sent 21 players to india for three games: Battlefield 3, Dota and StarCraft II.

What motivated MiTH to send such a large team to attend IGC?
We want more achievements globally, and we will try to go all global competition if we can.

How did MiTH find the overall experience at IGC?
We learned about the Indian lifestyle, haha! But we were really surprised (at the state of) the competition place.

Was the event well organised?
I think the organisers have to learn a lot of things. This time, (it seemed) like they didn’t know what to do in a global tournament.

How did the organisers treat MiTH?
They didn’t help us or anything. We feel bad about them, because actually organisers have to take care international players as much as they can.

Was it worth attending IGC?
We went to India because we wanted to get more experience. It’s not because of the money, so we think this time was OK for us, haha, not bad.