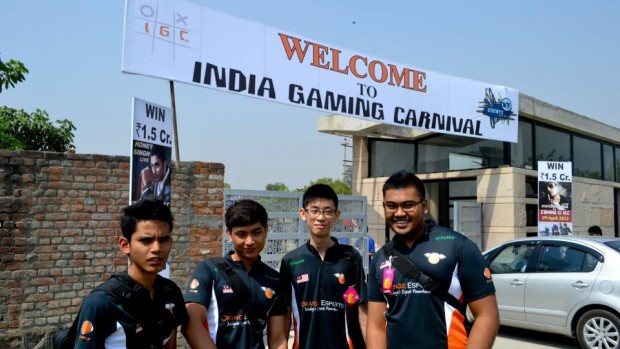 Orange Esports (MY) had to step in to help run the Call of Duty 4 and Dota tournaments at the India Gaming Carnival (IGC) last weekend, as the tournament marshals could not run the events on their own.

IGC’s original Counter-Strike, Call of Duty 4 and Dota marshals did not turn up for the second day of the event, causing IGC to call in last minute substitutes, the team said.

Orange Esports — who sent their CoD 4 and Dota teams to participate in IGC — decided to offer their help after witnessing how inexperienced the replacement marshals were. The offer was accepted by Mukesh “MaxAxe” Maurya, one of the organisers of IGC.

Kushagra — who was described as the son of the real estate developer who owns Ayatti Convention Centre, the tournament venue — promised to send the prize money via wire to the teams’ bank accounts in four to six weeks.

Unlike Moscow Five (RU-CS), who were extremely negative about their experience at IGC, Orange Esports described their own experience in a generally friendly tone.

The team even went so far as to state:

Will Orange Esports return to India in the future? Yes of course! We still keep our faiths in Esports around the world, including India.

However, Orange Esports did not have kind words for Indian CoD 4 teams FT5 and Evox, who the Malaysians described as “a pain in the ass” and “not professional” as the two teams “wasted much precious time and refused to adhere to match schedule”.