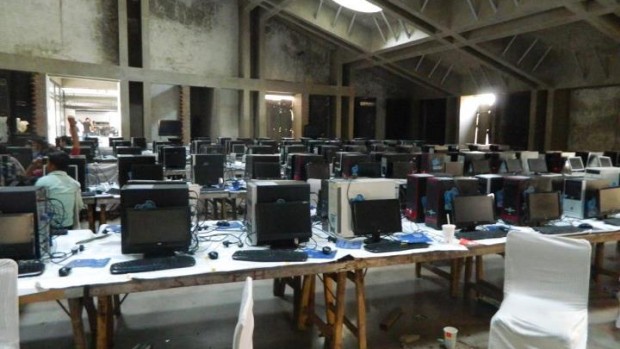 Kushagra, the head organiser of the India Gaming Carnival (IGC), has issued a statement which attempts to blame various parties for the shoddy management of the tournament, but ends up exposing how reckless, inexperienced and unprofessional he really is.

IGC was held at the Ayatti Convention Centre in Greater Noida, India from 6 to 8 April and promised to be India’s “largest gaming tournament and expo”, with an advertised prize pool of US$300,000.

The event ended up being delayed by an entire day due to mismanagement, with many promised tournaments cancelled or unfinished after power was cut on the last day.

Details: Read our full coverage of the India Gaming Carnival

In the statement published on IGC’s Facebook page, Kushagra revealed that IGC could not secure any sponsorship, supposedly because “prominent figures of the gaming industry” talked to companies that IGC had approached to “spoil the curry” for the organisers.

Despite not being able to secure sponsors, IGC “continued with the event”, the statement goes on to say.

“For all those people who wonder why we were under-prepared, ask all the ex-employees, who turned all our vendors against us at the very last moment.”

“After the first day’s problems, even the biggest event company on this earth would have called it (the event) off. But we stood firm and decided to pull it off even if that meant having a bad face in public.”

This is problematic, because not only does this mean the promised US$300,000 prize pool never existed to begin with, it also showcases how reckless the organisers were.

Going ahead with an event of IGC’s scale without sponsors or vendors is one thing, but attempting to portray yourself as a hero for doing so really takes the cake.

Kushagra also tried to allay concerns that the prize money promised to players would not be paid:

“As far as the prize money distribution is concerned, we would like to re-assure all the winners that their payment will be made. Disbursement of prize money takes time as their are various governmental procedures involved. Just a curious question, did you ever know that even KBC took around 90-120 days to disburse their prize money?”

(Ed’s note: KBC is India’s version of Who Wants to Be a Millionaire?)

While it is true that prize money for gaming tournaments are often paid out months after the close of the tournament, the reason is typically not “governmental procedures”, but an issue of cashflow.

Typically, prize payment is delayed as tournament organisers typically use their cash-on-hand to pay vendors for services rendered and have to wait for sponsors to transfer the sponsored sums before they can make payment to the players.

However, since IGC had no sponsors to begin with and, apparently, no vendors either, it is unclear what the real reason for the delay of disbursement of prize money is. It is unlikely to be governmental in nature, though.

Lastly, instead of trying to find an equitable solution to the issues that IGC has caused, Kushagra promises to sue almost everyone:

Not to worry guys, all the vendors are getting sued too!

Even M5 is on its way to be sued for their lies and misconduct.

For all the ex-employees and people who tried their best to sabotage our image, be prepared. We have the list and we are suing you all.

Laughable. Perhaps Kushagra will sue No Game No Talk for this article, too. We’ll let you know when we get the lawyer’s letter or court notice!

India Gaming Carnival turned out “not bad” for us, says MiTH