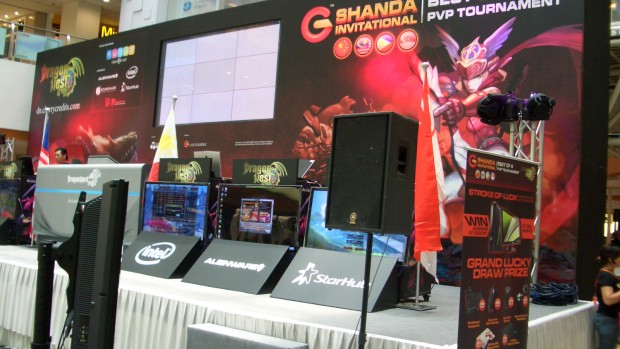 Shanda Games International, the publishers of Dragon Nest SEA, will be hosting a regional PvP tournament this weekend from 19-21 April, at Funan DigitaLife Mall.

The competition will feature the region’s best PvP players from Singapore, Malaysia, Philippines, and China, who have all earned the right to face each other after going through their country’s respective National Qualifiers.

Even if you’re not interested in the PvP tournament, you can still try your luck at the exclusive Dragon Nest-themed UFO Catcher machines, or take photos with some of the Dragon Nest cosplayers like I did (you can view the lovely Irine cosplayer at the gallery below).

The full schedule for the tournaments on Saturday and Sunday, are as follows:

CGS: The Sword slays the Dragon