DiRT: Showdown is the latest instalment of the Colin Mcrae Rally series of games by Codemasters. The game is touted as an arcade-themed racer, though its name suggests that it still has roots in the original DiRT series of games such as DiRT 1, 2, and 3. 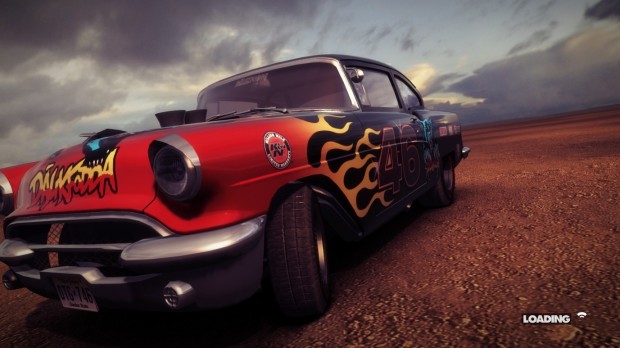 Coming from a not-so-comprehensive pedigree of racing games, DiRT: Showdown piqued my interest in that it appears to be an arcade interpretation of the DiRT series of games. I remember the oldest “racing” game I played was Wacky Wheels, where players could gain power-ups in game enabling them to shoot other competitors and set traps with bombs, oil slicks, ice blocks, and flame balls; with a variety of tracks with differing conditions and pre-set tracks adding to the game’s chaos. Later on I moved on to NFS: Underground 1 and 2, and then finally to Codemasters’ racing games of GRiD, DiRT 2, and DiRT 3. 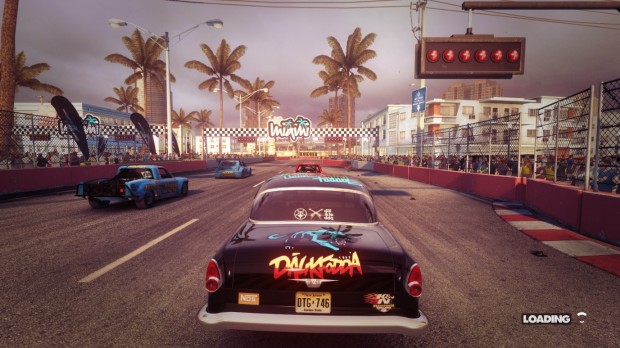 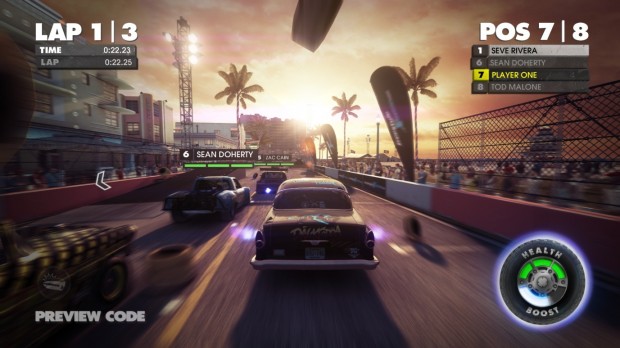 In the standard racing mode, one competes with other racers in a regular track, with the one completing the required number of circuits first being the winner.

I was quite disappointed with the standard racing mode, as it appeared to be just a dumbed-down version of the original DiRT type of racing track, with nitrous speed boosts and various ramps added to increase the arcade feel of the game mode.

I did have some fun with this game mode, but after a short while it simply felt like I was playing an easy version of the original DiRT racing tracks, with a nitrous speed boost to make the game more forgiving. To me, the nitrous ability and various ramps was not enough to create enough chaos, general madness, and fun in the game.

Codemasters seem to have taken a rather “half-way” route with this game, and I had the impression that they could have added many more elements to the standard racing mode to increase the unpredictability and fun that one could have in an arcade style racer. Hell, they could have even taken a leaf out of Wacky Wheels’ book, and simply copied or adapted some of the features of that game. Even in NFS, where the game does take a more serious approach to arcade racing as compared to Wacky Wheels, one would generally have to deal with avoiding oncoming traffic in the game, adding to the chaos and unpredictability of the race. 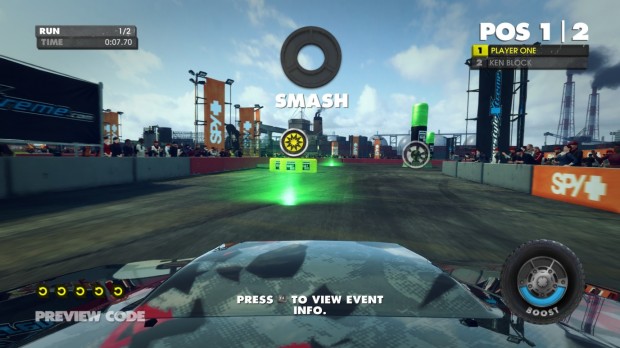 In Hoonigan, players are required to complete various tricks and stunts in order to gain points and win the race. The Hoonigan mode is largely inspired and adapted from the Gymkhana series of races in previous Dirt games.

The Hoonigan racing mode will be familiar to those who have played the Gymkhana racing modes of previous Dirt games. Players have to smash various objects, and perform tricks such as donuts around cones, drifts, and air-time over ramps to gain points to win the race.

I was most disappointed with the Hoonigan racing mode, as the required series of tricks were simply too short, and required very little skill to perform. All a player had to do was smash through blocks, do donuts, and drift through simple corners in a pre-determined order to complete the race. The only challenge was to complete the race with all the tricks quicker than the competitor.

True, one might argue that Showdown is an attempt to give a casual player a chance to experience elements of the original DiRT series, but I felt that the tricks were linear and way too easy to perform; as compared to the Gymkhana of DiRT 3, where players were given an open style arena and choice to choose the order to which they chained and performed their own tricks. 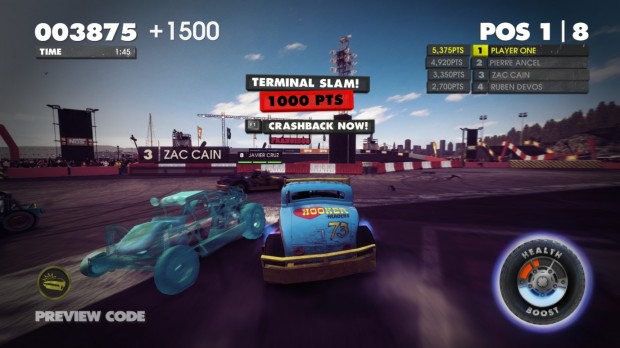 The Demolition mode can be considered to be the star of Dirt: Showdown, where players can indulge in their innate need for car based destruction and chaos.

In Demolition, players attempt to perform as much vehicular carnage as possible, by smashing their car into other players to achieve a desired goal; where these goals can vary from knocking players out of a ring to simply destroying or damaging as many opponents as possible.

My feelings for the Demolition mode are mixed. Firstly, it is refreshing to have this sort of game mode coming from other DiRT games, and the vehicle damage system with the EGO game engine does provide one with the realistic visual satisfaction of damage. In addition, there is even a certain satisfaction from holding down the nitrous speed boost button and blasting from one end of the arena to another, and finally landing that gargantuan smash on the unfortunate opponent.

However, this feeling of fun seems to diminish rather quickly over time, as the car smashing quickly starts to become repetitive and thus boring. Moreover, the “arenas” that the cars participate in are simply boxes where cars can move around to gain momentum to smash into each other, and do not add extra spice to the mode. Maybe Codemasters could have added power-ups to different areas of the track, or even created some mid-air car smashing action through ramps, instead of a completely flat box simply for cars to smash around in. 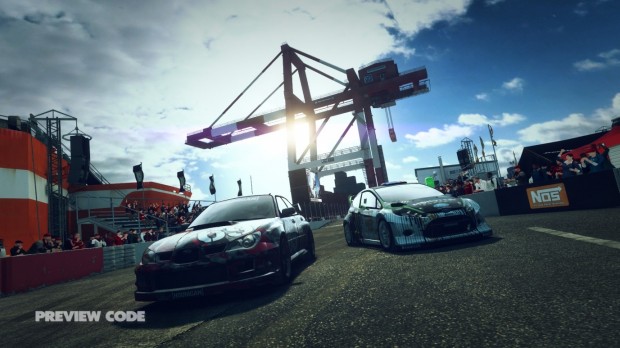 DiRT: Showdown simply feels too uninspired as an arcade racer, and perhaps Codemasters could have relaxed a little more with this game and added more madness or unrealism to the game. I feel that this game holds quite a lot of potential; but is let down by my impression that Codemasters’ decided to keep the game firmly rooted in its DiRT name, rather than let loose and give it the full potential that an arcade racing game deserves.