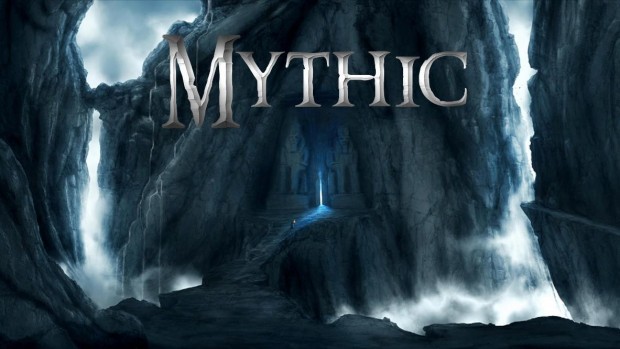 After the resounding successes of the respective Kickstarter projects for Double Fine, Wasteland 2, and The Banner Saga, it was inevitable that someone would eventually attempt to exploit the crowd-funding system for nefarious gains. That culprit was the “game” Mythic: The Story of Gods and Men, by Little Monster Productions.

On paper, Mythic’s pitch sounded like the type of game that any modern gamer would enjoy: It promised gameplay that  “would be similar to that of World of WarCraft” and “graphics quality that should be up there with Skyrim.” The story was set in a mythological setting, featuring gods from the different pantheons battling over domination of the world (I personally love games with mythological themes), and the concept artwork for the characters and locations looked great.

That was until you started viewing the introduction video posted on the Mythic Kickstarter page. The script was amateurish, with Little Monster Productions’ founder, Seth Westfall (if that was his real name), looking like some fat college student still living with his parents. How exactly did this kid manage to found his own videogame studio?

Mr Westfall started making several vague claims in his video, such as “[we are] the same team that left Activision-Blizzard in search of something better”, and “animations will be done via motion capture thanks to some friends at Disney-Pixar!” (Pixar Animation Studios is renowned for not using motion capture for their animated works).

The second alarm bells were the reward tiers offered to people who donated to Mythic. They were copied, word-for-word, with the important references changed, from The Banner Saga‘s own Kickstarter rewards.

And the rest, as you should have known by now, are history. Thanks to the collective efforts of forum members from Something Awful, Reddit, and Rock Paper Shotgun, the game’s concept artwork and office photos of Little Monster Productions were discovered to be stolen from the Internet. Mr Westfall subsequently closed down his Kickstarter page and vanished without a word. You can read RPS’ summary of which items were plagiarised from where, here.

While Mr Westfall was ultimately done in by his own amateurish noobness, what’s there to stop another group of more talented (and better looking) scammers from trying? Internet scams and phishing sites have existed for almost two decades, and all it takes is a skilled design artist to come up with some original concept art, a 3D modeller/skinner to create some in-game characters,  and a level designer/mapmaker to show off some basic constructs of the game world. History has shown that it doesn’t take a lot of effort for humans to fall prey to semi-convincing scams.

I guess the lesson learned here from Mythic is: Always do your homework first. If you’ve never ever heard of the developers’ names before, or if they don’t have any convincing assets to prove that their game is already into development, don’t give them any money.

But the above logic in itself creates another set of problems. As my gaming pal Yun Yao would say, “Kickstarter will only work for famous developers that people have heard of.” In the videogame industry, word-of-mouth and credentials are king. Tim Schafer and Brian Fargo are household names for gamers who played old-school games from the 1980s and early 1990s. For the genuine, no-name indies starting out for the first time however, a Kickstarter project will be of little help to them.

Another of my gaming friends, Kelvin, cautions: “I am waiting for nine months later, when the actual games start to come out.” Indeed, for all of the talent and charisma that Schafer, Fargo, Al Lowe, and Stoic Games possess, none of them are immune to the cycles of videogame development. Problems will arise, things will get delayed, and it’s very possible that the developers may run out of money as the release date is pushed back.

What if Wasteland 2 is suddenly cancelled? None of the US$2.9 million donated to inXile Entertainment will be refunded back to customers. What if Double Fine’s adventure game turns out to be a terrible flop? Just because you donated to a Kickstarter, doesn’t automatically mean that the game is guaranteed to be a critical success. Or worse, what if a company creates a second Kickstarter campaign for the same game to raise more money? Will you be willing to donate more than once to save a troubled game?

I highly recommend everyone to read Ben Kuchera’s excellent Penny Arcade Report article about the topic. He explains all of the business and legal ramifications of Kickstarter games, and ends off with an important quote for his closing paragraphs: “Make sure you only spend money you’re willing to lose if you’re thinking about backing a game project on Kickstarter.”

The author is still waiting for a No One Lives Forever 3 sequel.

Opinion: Why Kickstarter-funded games matter (and how it helps others atone for piracy)