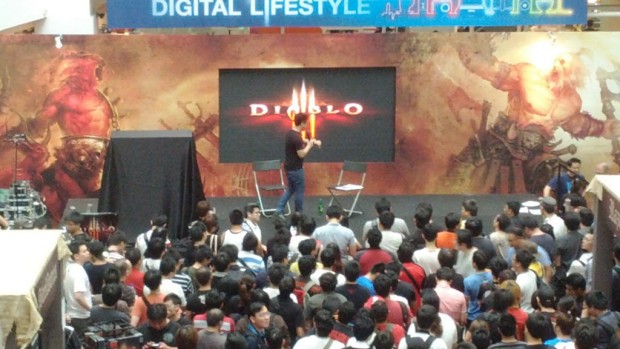 A countdown chanted by hundreds of gamers and a shower of confetti marked the official launch of Diablo III in Singapore at Funan DigitaLife Mall on Tuesday.

Asiasoft, the game’s distributor for Singapore, began giving out copies of Diablo III to gamers after the 3pm countdown, timed to coincide with the 12 midnight launch in USA.

Marc Messenger, Diablo III’s lead developer, was flown in from the US for a meet-and-greet with Diablo fans and to sign autographs.

The game launch was the largest by turnout since 2007’s World of WarCraft: The Burning Crusade, with an estimated 15,000 people attending the event.

While many chose to turn up only after 9am, when registration for collection begun, die-hard Diablo fan Seth “Xeths” Chan, a 24-year-old clerk at an insurance company, began queueing at 6am the day before.

His 27-hour wait was rewarded when he was brought on-stage to receive a complimentary copy of the collector’s edition box set.

However, the game’s launch was not without controversy.

Some gamers were unhappy over how slowly the queue moved, with one gamer even commenting that queue numbers at polyclinics moved faster.

To their credit, staff from Asiasoft worked non-stop to keep the queue moving, with some at the redemption counter only taking a break to have their dinner at 9pm.

Even staff from Blizzard’s head office in Singapore chipped in to help clear the long queues, which spilled over into the outside of the mall.

Jaczie Lo, Michael Fong and Alan Chou from Blizzard were all seen in the stock room helping to pack copies of Diablo III and freebies into plastic bags. 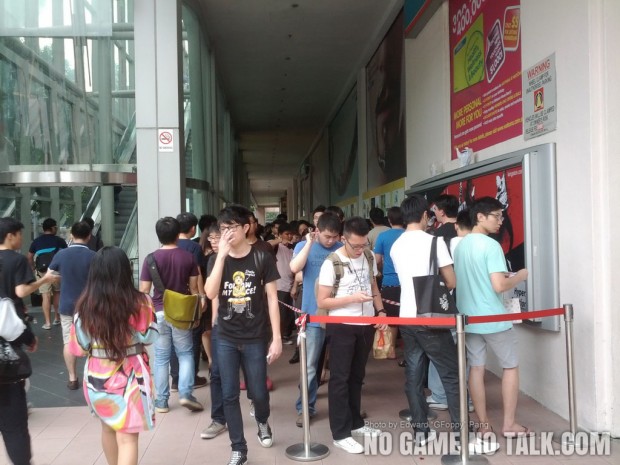 Gamer Samuel Ng also questioned why Asiasoft needed gamers’ NRIC to verify purchases when they already had proofs of purchase and the pre-order card, potentially slowing down the collection process.

On the game front, while players were supposed to be able to start playing from 3pm, they instead encountered the infamous error 37 that plagued the beta testing weekend which indicated overloaded game servers.

The errors continued for over two hours before it was resolved.

Diablo III launches on 15 May