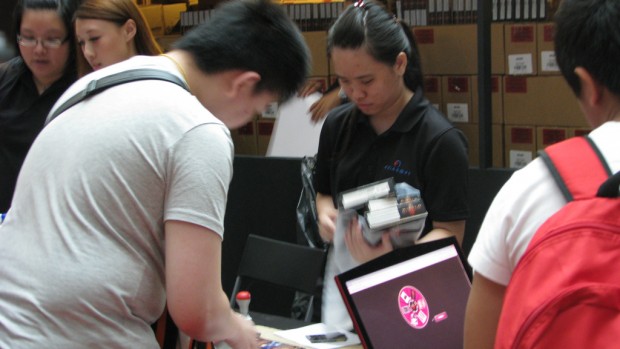 Asiasoft has clarified that they will not be using the personal details collected through customers’ identity cards at the Diablo III launch event for marketing purposes, nor have they stored the information.

The company was responding to No Game No Talk‘s queries on why they had requested to record customers’ NRIC numbers, even though they had pre-order cards and proofs-of-purchase.

An Asiasoft spokesperson said that customers were required to produce their IC’s to protect their interests.

In the event that a customer misplaces the pre-order card and/or queue number slip after verification, Asiasoft could still get the customer’s redemption details through their IC number.

The move was also to safeguard against fraudulent collections, in cases where a third party may find misplaced redemption cards and pass them off as his own, Asiasoft added.

“We used the NRIC numbers for record keeping and verification purposes during the launch event only,” Asiasoft’s spokesperson said. “We don’t intend to store the information at all.”

No Game No Talk was prompted to query Asiasoft after reader Samuel Ng questioned why the company needed to view his identity card to verify the Diablo III purchase, even when he had the pre-order card and proof-of-purchase.

Posting a comment on No Game No Talk’s article about the Diablo III launch day collection details, reader Samuel Ng suspected that Asiasoft was collecting customer information for marketing purposes.

He questioned: “(Is) Asiasoft … skimming and collecting customers information, including NRIC numbers, most likely for marketing purposes?”