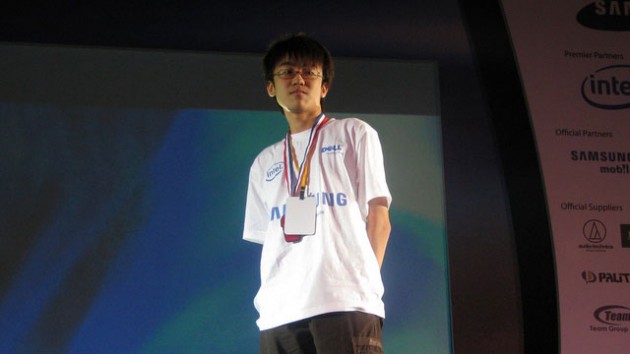 Under the agreement with Fnatic, one of the most commercially successful competitive gaming teams in the world, Revenant will become the first Singaporean StarCraft II player to stay in a team house in Korea.

Revenant will leave for Korea on 15 June and will return on 14 July, with his flight fully paid for by Flash e-Sports, according to the team’s manager Terence “SoloZ” Ting.

“The Korea trip is something that we have been looking at since the turn of the year and took some time to put together,” SoloZ said. “The idea of sending him (Revenant) to Korea was first discussed late last year, shortly after he had won ESTC and CESL.

“The important thing to note about Marcus (Revenant) is that he has reached a plateau in terms of what he can achieve locally. It is difficult for Revenant to make significant improvements to his game if he is bound locally (in Singapore).”

SoloZ said that while Revenant is regarded as one of the best in the Southeast Asia and Oceanic region, many still feel that Australian StarCraft II player Andrew “mOOnGLaDe” Pender is the strongest as he has had international experience both in Korea and at the Intel Extreme Masters in 2011.

Flash e-Sports’s intention of sending Revenant to Korea for a month is to narrow the gap between himself and mOOnGLaDe and eventually elevate Revenant to a status on par with the Australian, SoloZ said.

He also added that sending Revenant to Korea would be a win-win situation for the team despite the fact that Revenant would soon be conscripted into Singapore’s compulsory two-year National Service.

“We believe the invaluable experience he will gain from Korea in the span of the month will last for the duration of his entire career and will benefit the team as Revenant will be able to share insights with the team when he returns,” SoloZ said.

Revenant said that while the trip was short, it would still be a huge learning experience.

“I’m very excited to have an opportunity of this grandeur,” Revenant said. “It’s a dream of every Singaporean competitive RTS gamer to be able to experience the Korean esports culture.”