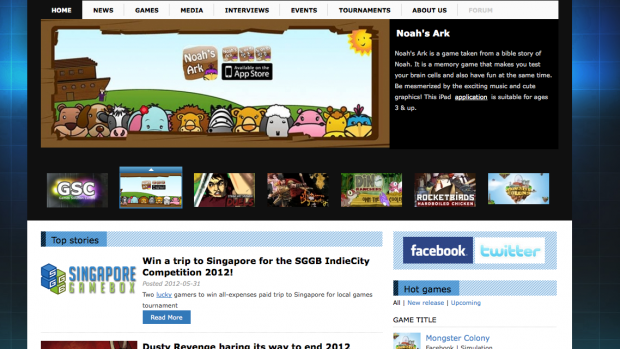 The website, www.singaporegamebox.com, aims to be “a platform for gamers to congregate, socialise and experience Singapore games”, MDA said in press release.

It will also allow gamers to test game prototypes and stand a chance to win in-game rewards when the games are ready to be commercialised.

Currently, about 25 Singapore-made games for various platforms are listed on the site.

The games include Rocketbirds: Revolution, which received three finalist nominations at the Independent Games Festival in 2010, and the recently released iPad real-time strategy game Autumn Dynasty.

The portal will be enhanced with more new games, forums, live chat functions, company profiles and be integrated with Facebook within the next 12 months, MDA added.

Made in Singapore — Watch Suntec City get destroyed in this MechWarrior: Tactical Command teaser