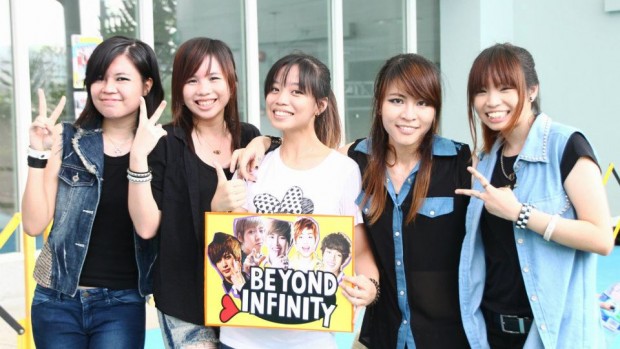 One member of Singapore’s all-girl gaming team Girlaxy has made it to the semi-finals of the Teenage K-Pop Dance Battle 2012.

Athena, as part of the five-member Beyond Infinity group, participated in the open category quarter-finals held at JCube shopping mall on 17 June.

You can watch a video of their performance below. Athena is in a black top with a black jacket.

Beyond Infinity was one of the twenty groups to have made it to the next round, which will be held on 30 June, once against at JCube.

Photo taken from Girlaxy’s Facebook page. Athena is second from left in the photo.