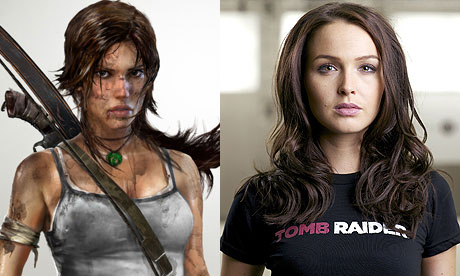 English-born actress Camilla Luddington has been chosen to be the voice and performance actress of famous video game adventurer, Lara Croft in the new Tomb Raider game.

Luddington has starred in hit Showtime series, Californication and can also be seen in the current season of HBO’s True Blood.

After an international talent search using scouts in Europe and the US, Luddington is said to have stood out as delivering both a depth of emotion and the youthful tone needed for Lara Croft in the upcoming reimagining of the Tomb Raider franchise.

“This has been one of the most important jobs for us to get right,” said Darrell Gallagher, head of studio at Crystal Dynamics “This Tomb Raider game is very different to any other and we are demanding far more from the voice and performance acting than ever before as we take the franchise in a new direction.”

I think for me however, the mention of Lara Croft conjures up images of Angelina Jolie, who of course played the British adventurer in the movies.

This new Tomb Raider game, of course, serves as an origin story for the 21-year-old Croft, and sees her fighting for survival as she is shipwrecked on a remote tropical island. And I am keen to see how this casting impacts the game’s look and feel.

Tomb Raider is slated for release on 5 March 2013.