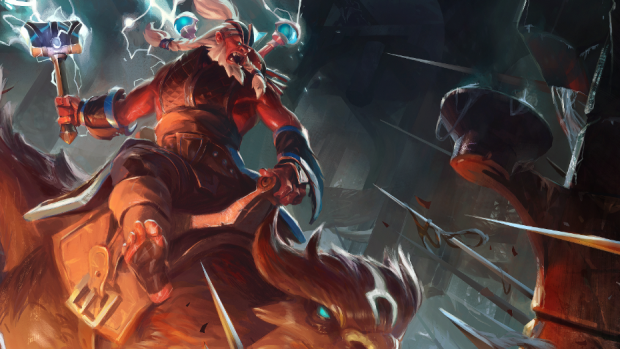 New additions to Dota 2‘s hero roster have been rather consistent in the last couple of weeks. This week sees the debut of two new heroes: Disruptor and Undying.

Disruptor, whose Dota 1 sprite was Thrall, is an Intelligence support hero. His skill sets are perfect for initiating hero ganks and entrapping foes. His Glimpse skill also has the annoying ability to send you all the way back to base, if you teleport in.

Undying is a Strength hero, whose most notable skill is the ability is to raise Zombies to aid lane pushes. Undying can also transform into a Flesh Golem, whose aura slows all enemy units within 750 range and amplifies the damage they take.

In addition, another change that was introduced is the ability to showcase your favourite hero in your Dota profile. This new feature is perfect for item collectors who want to display their hard earned loot.