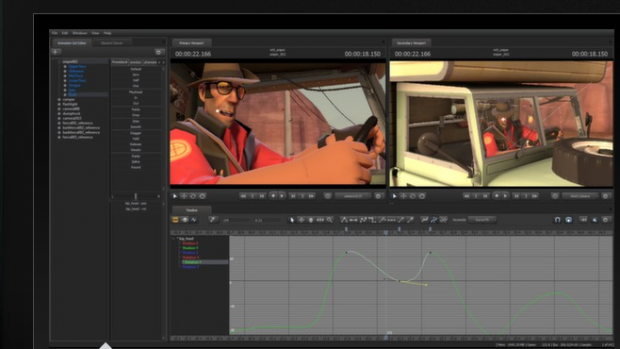 Always fancied yourself as a film auteur? Get a headstart with Valve’s Source Filmmaker, which is now open to everyone for free.

Source Filmmaker is the same tool that Valve uses in their “Meet The” animation shorts. Valve had previously announced that the Filmmaker would be available only in closed beta during the Pyromania update.

Along with opening up the Filmmaker to the public, Valve has also released the “Meet the Engineer” clip for users to remix. In addition, there is also a Source Filmmaker page in the Steam Community, where users can congregate to rate and discuss the latest user-created videos.

Although it has not been long since the Filmmaker has been released for users to play around with, there are a few outstanding videos out there already. Here are a couple of our favourites:

You can download the Source Filmmaker here. Happy directing!

TF2: Spy and Sniper updates both slated 22 May

Portal 2 custom map: Are you ready to think with impossible spaces?