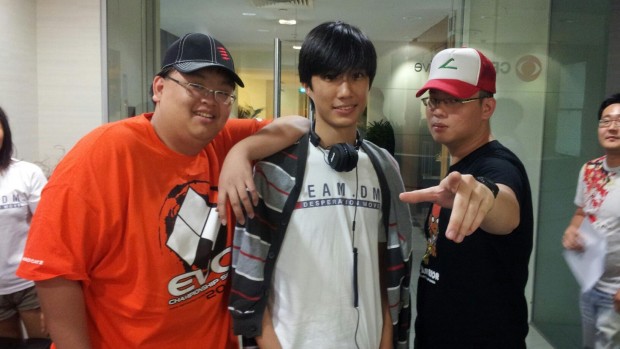 Singapore’s Team.DM on Tuesday announced that its members will be participating in several overseas tournaments in the upcoming months.

Both players attended the recently concluded Evolution Championship Series (EVO 2012), with Shen Chan placing second in the Soulcalibur V event, the first ever podium finish by a Singaporean.

The announcement was made through an update on Team.DM’s Facebook page.

The team’s co-founder Lennert Yang told No Game No Talk that the team would be paying for the trips for all three players.

The team also teased the addition of two new members to its roster, only listed as Hxxxxi and Kxxxxxxg.

It appears that the two mystery players will be Team.DM’s first non-fighting games recruitments, with the announcement saying: “Not related to the FGC? Sports? … Football?”

No prizes for guessing, but my bets are on FIFA. Who do you think the two mystery players are?