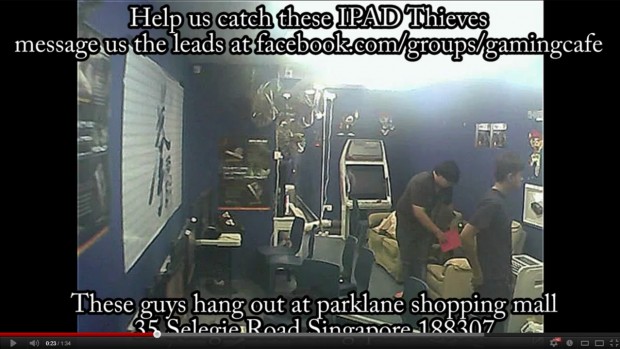 A video of a man or teenager allegedly stealing an iPad at the Tough Cookie Gaming Cafe in Park Lane has surfaced on YouTube.

In the video, a group of what looks like teenagers are seen walking into the cyber cafe, apparently taking a look. On the way out, one of the group — a spectacled male in a brown t-shirt — decides to remove an iPad from a bag before leaving the shop.

A spokesperson from Tough Cookie Gaming Cafe told No Game No Talk that the incident happened on Saturday, 7 July at about 11.50pm, and that the bag and iPad belongs to a regular at the shop.

The video, embedded belong, appeals to the public to identify the group and either report them to the police, or get in touch with the Tough Cookie Gaming Cafe at http://facebook.com/groups/gamingcafe.

In the meanwhile, No Game No Talk reminds all readers not to leave their belongings unattended. 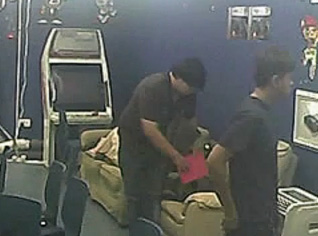 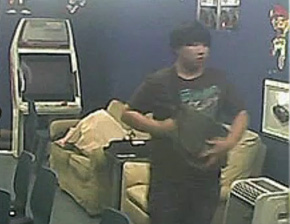 Magic: The Gathering out for the iPad