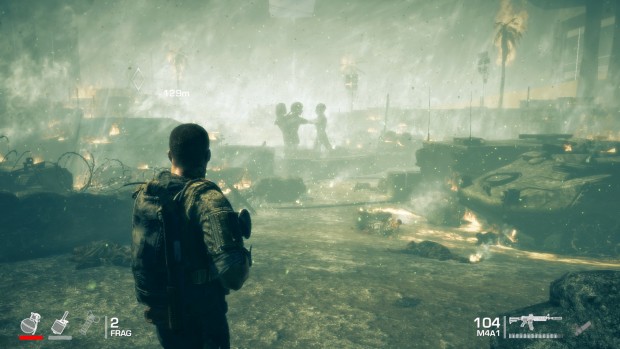 War is hell. The death, the screams of agony, the blood. There is no sugar coating war; even if one has the best intentions. Its horror turns the boldest of men into shells of their former selves. War is hell. And Spec Ops: The Line aims to thrust you headfirst into that hell.

Hell, in this case is a sandstorm ravaged Dubai. The once opulent city has been wiped off the map by a cataclysmic sandstorm. And there is no word from the US Army’s “Damned” 33rd Battalion, who were sent in to evacuate the city. Your mission is to infiltrate and discover what is truly going on in the ravaged city. But all you find is Dubai in the grip of a bloody war.

Spec Ops’ core gameplay is your typical, vanilla squad-based FPS. You play Captain Walker of Delta Force, leading two other men; Lieutenant Adams, your heavy gunner, and Sergeant Lugo, a talkative sniper. Your AI controlled squad mates are very competent, and you can order them to focus fire on a single target, or flashbang and disorientate your enemies. But as you force your way into the heart of Dubai to discover what is truly going on, gameplay gets a little stale. You kill enemies. You pick up ammo and guns from the battlefield. You push forward. Rinse and repeat. 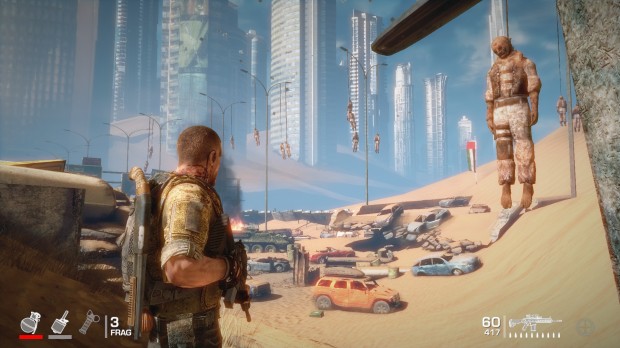 However, Spec Ops’ narrative is where the game really shines. Spec Ops questions the player’s attitude towards war, heroism and decisions made in times of strife. It probably is no coincidence that the main antagonist is named Colonel John Konrad, a nod towards Joseph Conrad, author of Heart of Darkness. The themes explored are remarkably similar to Heart of Darkness and Francis Ford Coppola’s Apocalypse Now. As Walker stumbles from one desperate situation to another, the game’s mature storytelling envelops you in war’s lack of glory and the darkness of  human nature.

The dialogue is also wonderfully scripted, helping enhance the despairing situations you encounter. Reflecting the anxieties, fears and tension that soldiers actually face when they face death head on, rooting you in the reality that you, the one man army decimating the enemies before you, are truly human after all. 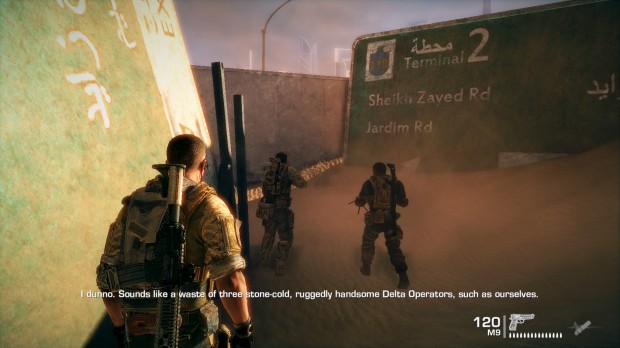 Its great story however, is marred by an inane control scheme. Mapping the melee attack key to the vaulting over obstacles key probably wasn’t the most inspired choice. It gets very frustrating when you are trying to duck for cover, but all you do lash out at thin air with your elbow, when being gunned down by a 50 calibre turret.

In addition, the few moral decisions you get to make in the game have no actual implications towards the game’s ending. It would have been perfect if the decisions you made actually impacted the final ending, making you actually feel responsible for the actions you partake in the game.

In an era where graphics and gameplay take precedence, it is refreshing to once again to play a game where the narrative truly stands out. It might have its issues, but at the end of the day, it’s great story makes it a game worthwhile to pick up. War is hell, and Spec Ops does a mighty fine job of showing war’s ugly side.

The author completed his first playthrough in about seven hours. Only the singleplayer portion of the game was played. The game is currently retailing for Windows PC at S$59.90, PlayStation®3 at S$79.90 and Xbox 360® at S$69.90. A review copy was provided to NGNT.

Spec Ops: The Line will get free multiplayer co-op DLC