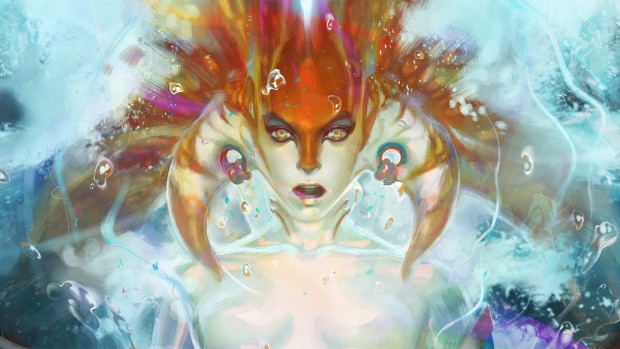 Cover your ears, you don’t want to be drawn in by the Siren’s call! The Naga Siren has been added to the quickly expanding cast of Dota 2.

The Naga Siren is a carry/disabler, whose most notable skill is her ultimate ability, Song of the Siren, which allows her to set up ganks or escape from enemy ganks unscathed. Her other skills include Ensnare, a net which prevents her opponents from moving or blinking away; Mirror Image, which creates multiple images of herself; and Riptide, an AOE damage spell.

New stats have also been added to the spectator experience for Dota 2. Now spectators can also see various statistics of the game they are viewing, such as gold earned per minute. Definitely a great addition for fans watching competitive games online.