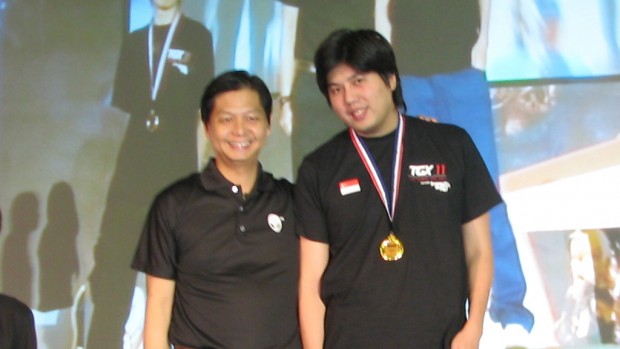 Bryan “nirvAnA” Choo is truly one of the stalwarts of StarCraft II Southeast Asia, having brought together the community through his SC2SEA.com community website. He hasn’t been playing competitively for awhile now, but the World Championship Series Singapore Nationals has lured him out of an almost two-year long retirement.

No Game No Talk speaks with nirvAnA to get his thoughts on the US$10,000 prize pool tournament and what it means for the community.

Could you give us an introduction of yourself, for those who may not know of your long StarCraft II history or your status as a SEA community leader?

To those who do not know me, I used to be a competitive gamer back in the day. I’m much older than most gamers and I’m busy with married life and work, so I don’t have much time to play games any more.

As for achievements, I have four World Cyber Games titles in three different games and currently play StarCraft II casually. My most recent victory was winning the StarCraft II event in the 2011 WCG Singapore National Finals.

Some of my free time is spent managing SC2SEA.com which caters to the SEA community and has become the hub for all things esports in the SEA region.

I’ve always enjoyed doing community work and helping build our scene up, and I hope SC2SEA has set a good example.

When you retired you said you promised your wife you would quit. What does she feel about you coming back to competitive StarCraft II?

Yeah, I quit competitive gaming. The main reason was because it was taking up way too much time.

I haven’t played seriously in a long time. Even at last year’s WCG, I only played for a while to update the strategy guide I wrote, but I ended up with very lucky brackets.

For this tournament, I practised “full-time” for about one week and that’s about it! So she’s very happy I don’t play actively anymore, haha!

What do you think about the WCS Singapore Nationals? Will it help raise the profile of StarCraft II here and boost the community? It is probably the largest prize pool a StarCraft II tournament Singapore has seen to date.

I think the WCS Singapore Nationals is AMAZING, I still cannot believe it is happening! The US$10,000 prize pool is a few times bigger than any other RTS competition in the history of Singapore gaming.

I love what Blizzard is doing with WCS. It has already pulled many, many Singaporeans back to the game, myself included. I have not played seriously or logged onto the Korean server in about two years and this competition has made me do that.

I feel it is more of a “burst” type of boost for the community though, and wish there was something more regular. The Singapore scene would be so much more alive.

The problem, though, is that it would be hard to secure constant sponsorship as the viewership market is really small.

If the WCS prize pool was dragged over the course of the year, it may have been a lot better for the Singapore scene and gotten a lot more people playing actively, but it would be very tough for Blizzard to organise. They have WCS all over the world to handle, so I guess i can understand the format.

I am just thrilled Blizzard has put up such a generous prize pool for Singapore.

How far are you aiming to go in the tournament?

Who do you think are the players to watch out for?

For tournament favorites, they are, in my opinion, Kyzer (Ryan Low), Revenant (Marcus Tan), Yekke (Jason Chan) and iceiceice (Daryl Koh), if he plays. All ZERGS!

SEA seems to be really Zerg heavy. Any insights into why this is the case?

Haha! I think it’s just random variance. All the dedicated players happened to pick Zerg right from the start.

Going back a bit, could you tell us more about your tournament favourites, and why we should look out for these players in particular?

Kyzer and Yekke are both very under-rated players and I believe they have been training hard on the Korean server. They aren’t famous on the SEA server, which is such a shame. It would be nice to see more players represent Singapore!

As for Revenant, he lived in Korea for a month recently, and he’s probably the one who has been practising the most out of all of them.

I feel that hardwork should be rewarded, but then on the other hand you have iceiceice who is always super good even without practice. I don’t even know if he’s playing though.

(Editor’s note: According to the registered player list, iceiceice isn’t attending. Of course, he could be trolling us all, as usual.)

Thanks for the interview! Any shoutouts?

Shoutouts to SC2SEA.com. If you’re a Singaporean and reading this, please join in our community!