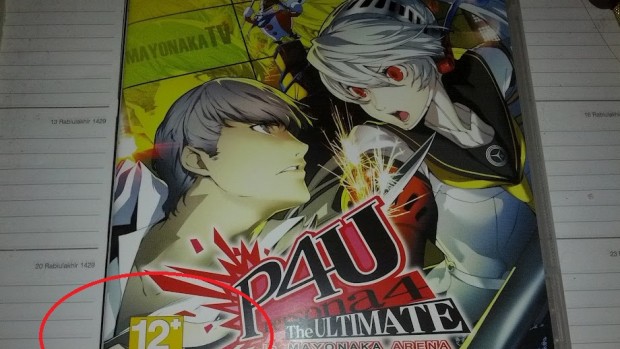 The PS3 Region 3 version of Persona 4: Arena was released in Singapore yesterday. Make sure that you’re purchasing the correct version of this region-locked title.

The front cover art shows Yu Narukami and Labrys, and at the bottom left, you should see a yellow CERO 12+ rating logo: 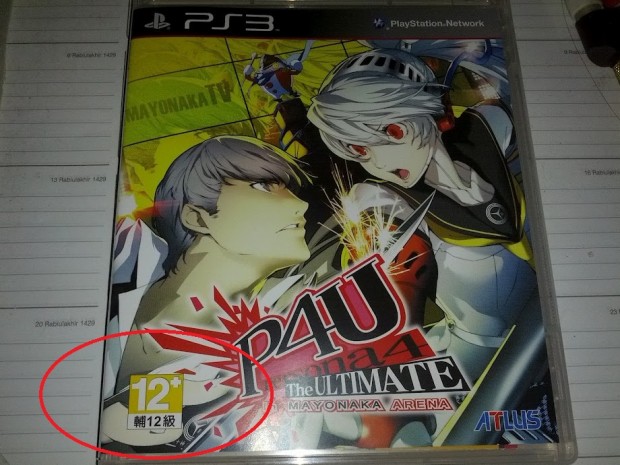 The back cover is in Japanese text, with an “R3” logo located near the bottom right: 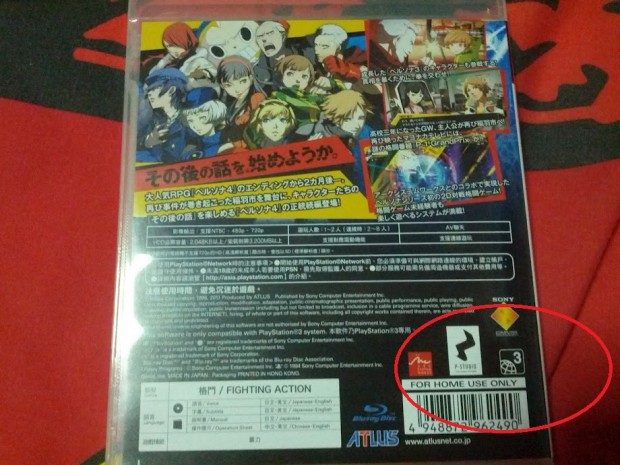 Although the manual is in Japanese, the game menus are defaulted to English language text and English voices. You still have the option of switching to Japanese text and voices under the language options. 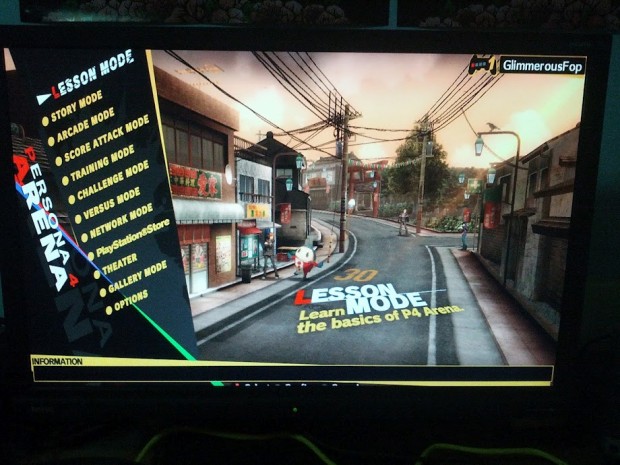 For those of you who don’t own an Asian PS3, you will need to purchase the appropriate version that matches your region. The North American R1 version is scheduled to be released on 7 August. No fixed date for the European R2 version has been announced yet.

Remember, although the game is region-locked, the online matchmaking servers are not, so you can still play versus matches against players from all around the world.

The PlayStation R3 version of P4A is retailing at a recommended retail price of around S$69.

Persona 4: Arena will be the first ever region-locked PS3 title, Atlus fans in uproar