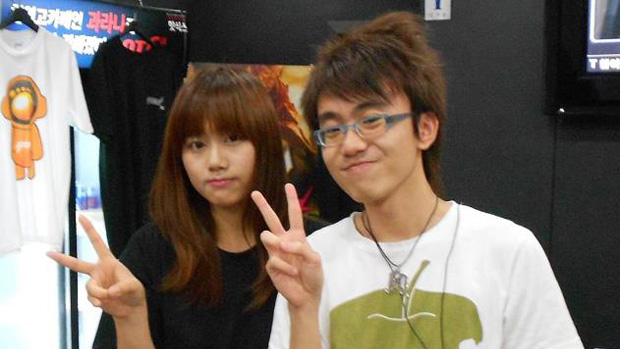 This is the interview that everyone has been waiting for. Being the favourite to win the StarCraft II World Championship Series Singapore Nationals doesn’t give any additional pressure to Marcus “Revenant” Tan at all. That’s because he has imposed the biggest challenge on himself, declaring that “anything less than a clean sheet would be a let down”.

No Game No Talk speaks with Revenant to find out what he has been up to.

First off, you recently returned from the Fnatic team house in Korea. What was the experience like?

The experience was enjoyable. I’ve learned a lot of new things, particularly what a pro-gaming environment is and should be like, and it is something that Singapore lacks.

What is it exactly that Singapore lacks?

A higher level of self-discipline, stronger support from the scene, a near-impossible level of competitiveness to provide the drive for you to keep wanting to become more refined than oneself already is.

Woah. So how has that environment helped you to improve in the month you’ve been there? What’s different about the Revenant before Korea and after?

The environment as stated earlier, was something that I’ve never experienced before. Everything done in the (Fnatic team) house is competitive, be it gaming or doing activities such as bowling, or what not.

There’s an extra vibe of “wanting to be the best in everything one does” during my experience in Korea.

So you’ve gotten a whole new outlook on how you approach competitive gaming?

How about your game? Did you manage to up it to a whole new level?

In all honesty, I don’t know, but I hope so. I guess the way to judge my improvement is to see if I can get a clean sweep in the WCS Singapore Nationals in the upcoming weekend.

Bahaha! So you’re aiming to go undefeated… and claim the top prize?

Yes. I’m aiming to not drop a single map. Anything less than a clean sheet would be a let down to my team as they put effort into creating an opportunity for me to get sent to Korea.

Wow! Very driven. Who do you think are going to be the ones that might stop you from achieving that goal?

Well, I think every player has a possibility of upsetting another. That’s how interesting StarCraft II is. It’s just very volatile. If you’re looking for players that may upset my goal, I think the ones to look out for are nirvAnA (Bryan Choo), Yekke (Jason Chan), Kyzer (Ryan Low), Blitz and Drake (Bryan Sum), and possibly ProAnnn.

For nirvAnA, it’s because he’s always been a very good player, hindered only by his age. If he were the same age as the other participants, he would probably win almost every tournament in Singapore as he would have more time to commit. That’s one of the things which lead to competitive gamers ending their “careers”, most of the time.

For Yekke, I heard he’s been improving heaps and I’d say he’s Team Eve’s Singapore ace player, so that says it all.

Lastly, for ProAnnn, he’s always managed to cause upsets in tournaments, so I’m expecting him to do so again. 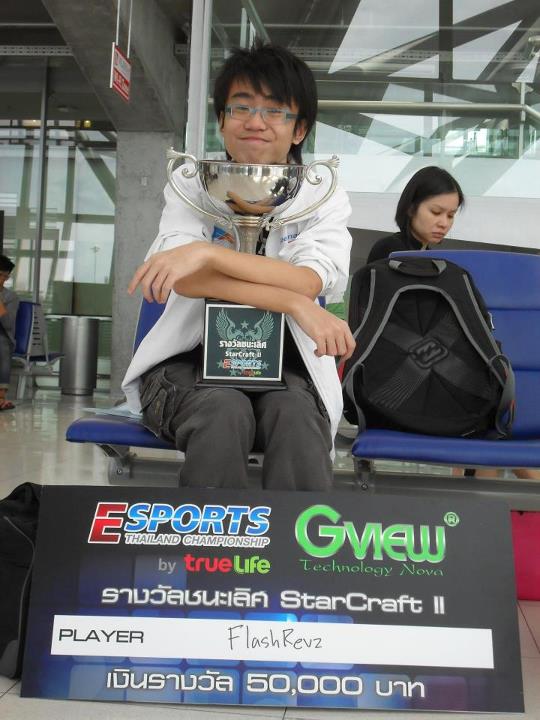 Alright. Let’s talk about the WCS Singapore Nationals. It’s the biggest-ever StarCraft II event to be held in Singapore. What do you think about it?

I think it’s a great initiative by Blizzard to step up and create one more awesome event, with the World Cyber Game’s shine fading away over the years.

Do you think WCS will be able to fully replace WCG’s shine for StarCraft II?

At the direction it’s going, I think it definitely will grow to have greater value and higher prestige than WCG in years to come; Nevertheless, I think WCG is still an essential part of e-sports, and considered the most prestigious.

I see. StarCraft II is not as big as Dota and some other games in SEA. Do you think WCS can help raise its profile and expand the player base, especially with StarCraft II: Heart of The Swarm coming up?

In my opinion, MOBA games will likely always have a higher player and fan base, or profile, than RTS games. This will not be easy to overcome even with WCS and HotS.

Firstly, the skill curve favours MOBA games, in the sense that it is easier to pick up and easier to enjoy the game. For RTS games, in order to fully enjoy the game you need to at least reach a certain level of skill to be able to utilise all the mechanics of the game and feel that sense of satisfaction.

Secondly, MOBA games usually reward the players by appealing to the five senses; from crazy broadcasts of “MONSTER KILL” to the eye-candy avatars. RTS games, on the other hand, reward players by giving a rough gauge of how good their skills are in the server using ranking, leagues (for example, the Grandmaster league), and a point system.

This normally means that more people will flock to MOBA games since it is more enjoyable to play casually as it appeals to their senses and they will be able to relate more when watching competitive MOBA rather than competitive RTS.

That’s true, and you do raise a lot of good points there. How about if we just look at StarCraft II itself then? Do you think having events like WCS regularly will give the community a boost?

Definitely, for the local scene, there’s a lack of motivation for people to play competitively to their highest possible capability.

It ends up that other priorities in life, such as social life, studies or work, will always outweigh the passion for competitive gaming.

Here’s a more personal question. This will probably be your last major event before your enlistment for National Service. Is there any significance in that for you?

Well, even after I enlist I still will try my best to play competitive gaming as much as possible, so I don’t think it holds a significant meaning.

The event itself though, is so significant in that I think it’ll be the biggest event in terms of prize pool I would have ever won, if I were to win it.

Yes, it will be! Last question now, any shoutouts?