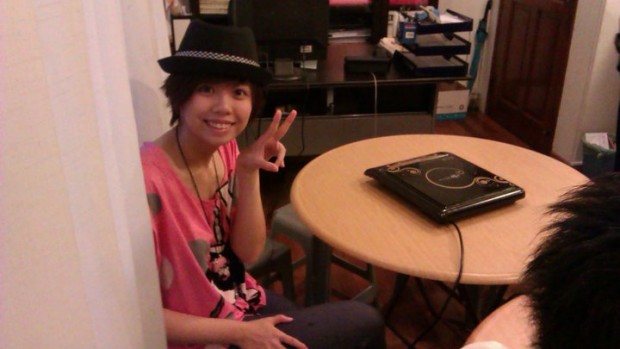 Ivy “Polaris” Chiu first entered the world of competitive gaming as the leader of Girlaxy in 2011. She has since become one of the most successful female StarCraft II players in Southeast Asia, notching numerous wins and entering the hall of fame for National ESL’s Iron Lady tournament series.

No Game No Talk catches up with Polaris and finds that she’s really immersed into the StarCraft culture — and prepared to go all the way to the finals at the US$10,000 prize pool StarCraft II World Championship Series Singapore Nationals.

Please introduce yourself to our readers!

I’m currently in team eehan Timing, which means “this one timing”.

I’m also a student, pursuing a degree in economics and finance at the Singapore Institute of Management.

Could you tell us about the team you are currently in? It has a very interesting name. What language is it in?

It’s in Korean. It’s a famous term used in StarCraft Brood War. Usually they use it to describe a timing attack. As an RTS gamer, timing is really important.

That’s a cool origin for the team’s name! Tell us more about your StarCraft II career. When did you decide to start competing?

I started competing because of Girlaxy. As I used to be the team captain, I found I needed to set an example for the members.

That’s interesting! Normally, people start competing before they become a team’s captain. Seems like your case is a little special. Could you tell us more about how you got involved in Girlaxy, and in StarCraft II by extension?

First of all, my boyfriend introduced me to StarCraft II. So, gradually, I followed him and played StarCraft as well.

My initial chosen race was Terran, but as my boyfriend plays Zerg, he couldn’t teach me much about Terran, and hence I switched to Zerg.

After that, we got into this team called Imperial and was being introduced to this person, called Check (Ho).

He was interested in forming a girls team back then, and he spotted me and Mary-Anne (Lee). And since then, the idea of Girlaxy began, and hence created. 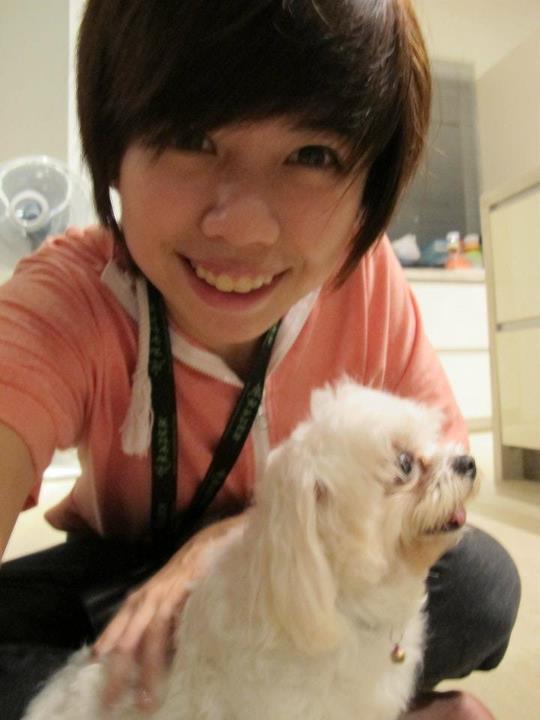 As you know, the WCS Singapore Nationals is probably the biggest StarCraft II tournament by prize pool to be held in Singapore. What do you feel about that?

Yea, it’s definitely the biggest prize pool StarCraft II tournament ever held in Singapore! The thought of getting into the top 16 makes me feel nervous, as it would be the biggest prize money that I’ve ever got in my gaming life!

I hope I can produce some good results in this tournament!

Just how far do you think you can go?

Of course, I would like to go all the way to the finals. However, there’s still limits at my playing standard due to the many strong opponents from Flash e-Sports and Team Eve.

From my experience in previous tournaments, I’ve always been unlucky to meet the strong players in the first round and get knocked out.

This time round for WCS, the round of 64 and 32 are single elimination. I do really hope that I won’t be that unlucky anymore.

Who do you think are the strong players everyone should be looking out for, and why?

The obvious one would be Flash’s Revenant (Marcus Tan). Furthermore, he just came back from Korea (where he trained for a month at the Fnatic team house)!

Flash’s Kyzersoze (Ryan Low) currently seems to be like the King of Kong for Singapore, so he’s also a dangerous one for everyone to look out for!

“King of Kong” in StarCraft II refers to someone who always gets second place, but never first place.

(Editor’s note: From this Liquidpedia page, the term “Kong” refers to the legacy of Brood War legend YellOw who was famous for always getting second place in major tournaments.)

Do you think WCS will raise the profile of StarCraft II in Singapore and help boost the community? Or does the community need something more than that?

Yup yup, it will definitely raise the awareness of both StarCraft II and help the community. With such a big prize pool and tournament, I doubt any will say that they need something more.