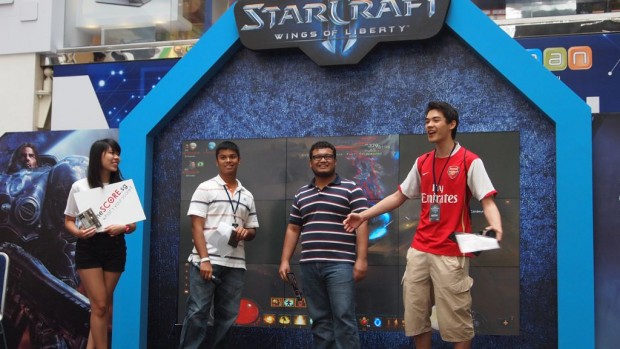 The first round of matches at the StarCraft II World Championship Series Singapore Nationals concluded on Saturday morning with a total of five walkovers.

The five walkovers resulted from players who were a no-show for various reasons:

The biggest clash of the Round of 64 was between 2011 World Cyber Games Singapore National Finals champion Bryan “nirvAnA” Choo and Team Eve leader Alaric “Rekanise” Choo. nirvAnA took the match 2-0.

A notable participant was Ginormous, a wheelchair-bound player. He lost 2-0 to Macrolisk.