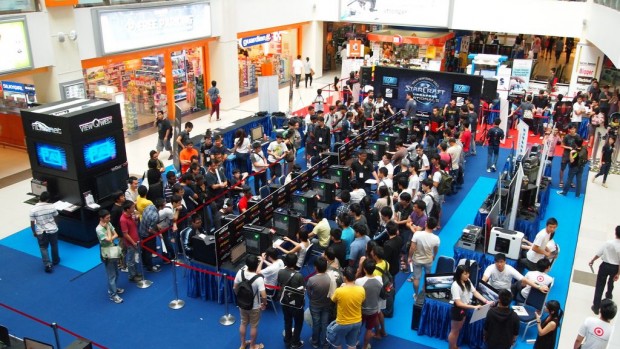 The top 16 players have emerged from the field of 61 at the close of the first day of the StarCraft II World Championship Series Singapore Nationals.

A total of 59 players participated in the opening rounds of the tournament. Five players did not show, resulting in walkovers.

The biggest clash of the Round of 64 was between 2011 World Cyber Games Singapore National Finals champion Bryan “nirvAnA” Choo and Team Eve leader Alaric “Rekanise” Choo. nirvAnAtook the match 2-0.

The highlight match of the Round of 32 was the match between Flash eSport’s Ryan “Kyzer” Low and eehan Timing’s Ivy “Polaris” Chiu. It was to be the first match of the day for both Kyzer and Polaris as they had come from first round walkovers. Kyzer took the Zerg mirror match 2-0 in a tough-fought battle which saw Polaris almost take a game.

The WCS SEA Finals will also take place from 2pm to 4pm. The Philippines’ EnDeR and JaBiTo, both from Mineski, Thailand’s  RedArchon from MiTH and Malaysia Cobo will be participating.